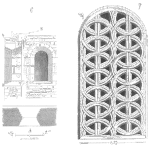 Effect of process changes on electric motors. This article explains the effect of changing process loads on AC induction electric motor performance. The motor’s behaviour is a response to the load imposed on it by the equipment connected to it. The equipment’s behaviour is itself a response to the duty and service it has to perform. Where the equipment duty and service is adjustable by the operator, or fluctuates as the process changes, the motor will react to those changes. When the changes are so excessive that they are beyond the motor’s ability to handle them the motor stops and the equipment or process stops with it. Keywords: squirrel-cage motor, overload.

For example, a centrifugal pump moves liquid from a low pressure to a higher pressure. Similarly, a fan takes gas in at low pressure and pushes it to a region of higher pressure. The motor provides the necessary electrical energy to drive the impeller or blades that cause the change in the fluid’s pressure energy state. When more fluid is needed (i.e. when the load increases) the electric motor responds by working harder. You will soon learn how it does that.

If an electric motor is forced to work beyond its ability it will either heat up and burn out or it will overload the electrical supply and cause a fault in the supply circuitry.

Operation of an induction electric motor

An induction electric motor works when AC power is turned on. Each phase of the alternating current goes into motor windings positioned around the outer stator. The position of the stator windings and the rise and fall of the alternating current produce sequentially rotating electric and magnetic fields inside the stator. The rotor is free to turn inside the stator. Within it the rotor has metal bars. The stator electric field induces an electric current in the conducting metal bars (like a transformer). When a magnetic field cuts through a conductor carrying an electric current a force is developed in the conductor at right angles to the magnetic field. When the circulating stator field energises the metal bars in the rotor they are forced to move and the rotor turns (See article 262 Electric motor problems and 334 Electric motor current protection saves your plant).

Because an electric motor rotates it can only deliver a torque (a turning force) through its shaft. It also means that an electric motor will experience all equipment loads on it as a torque. The motor shaft will turn and the attached equipment will move only as long as the motor can generate the required torque. Figure No. 1 shows the performance curves for a squirrel cage induction motor (the most common AC motor). They show that as the rotor speed drops because of an increased load the rotor slips more, the torque generated rises and the current draw in the stator increases.

It is also interesting to look at the formulas for electric motor torque and power to see what factors affect each of them. We will not use the formulas except to note the relationship between the current, torque, and power.

The formulas indicate that an increase in power due to an increase in the service load requires a proportionate rise in the torque so it can match the load. This increased torque draws a bigger electrical current into the motor.

An electric motor will try and match its torque output with the torque load requirements of the equipment in the process. If the equipment’s load changes the motor will draw enough electric current to make a torque that matches the load.

The power needed to turn a pump and produce the required discharge flow rate and pressure is found from the formula:

The efficiency factor is necessary because there are losses from mechanical (friction, rubbing, etc), hydraulic (recirculation, eddy vortexes, shock) and volumetric (reverse flows) inefficiencies in the pump.

The formula tells us that for a constant speed impeller increasing the flow (i.e. a bigger load) requires more power. Similarly, if the flow stayed constant and the pressure increased then the needed power also rises.

However, we know from the performance curves that flow and pressure in a centrifugal pump or fan are affected in a reverse relationship and neither stay constant when the other changes.

Effects on the motor when flow and pressure changes

We can now use all of the above diagrams and relationships to explain what happens to the electric motor when process flows and pressures change i.e. when loads change.

As the load rises the torque applied to the motor slows it down and ‘slip’ increases. The stator magnetic field cuts the rotor conductors more often. More force is generated on the rotor and the rotor torque increases. From the electric motor graph and formulas it is seen that as slip increases the motor correspondingly draws more electrical current. The greater the current the hotter the motor gets. If it runs too hot or for too long above its design abilities it will burn out or overload the circuitry or trip out on high temperature if thermistors are installed in the motor and in use.

When the motor sees a sudden change in load, like an equipment jam or a rapid valve opening, the change in slip is massive and the rise in the torque is rapid. Correspondingly the change in electric current draw is also rapid. The speed and size of the electric current rise can produce an overload and blow fuses, trip circuit breakers or burn motor windings.

In all cases, loads on electric motors should be increased slowly and must be less than the abilities of the motor to generate the required torque. If pump or fan motors trip out check that the valves or dampers are positioned to keep flows within the motor’s load capacity. If motors on equipment trip or burnout, then somewhere there must be something causing a big load. Find the load and remove it before again starting the motor.

One way to assist people in monitoring loads on electric motors is to install current monitoring read-outs and set working limits for the motor that are not to be exceeded. People can then monitor the affect on the motor of process flow, pressure or load changes that they make.