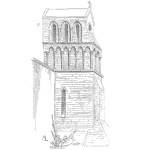 “Dave is the guy we call when we need to get the plant up and running again; there really isn’t anything he can’t fix.”

Dave sits back in his chair, he looks down and while he is smiling I can see he is slightly embarrassed by the praise his manager is heaping on him.

It’s clear to me that he is not comfortable sitting in this conference room with a group of people that includes his manager, supervisor, and two engineers who are here to kick off their first RCM analysis.  I have just begun asking the group to introduce themselves; Dave followed his manager and the two engineers in the room who each rattled off where they attended college, what their degrees they earned, the areas of the plant they are responsible for, their hobbies outside of work and some banter regarding the upcoming college football season.

Then it was Dave’s turn.

“I’m Dave, I have been here 32 years, I was here when they built the place.  I don’t have no hobbies and I don’t follow football.  It’s kind of tough to root for a team when you’re in here trying to keep the place running on Saturdays.”

Dave is in his late 50’s or early 60’s, he’s wearing the standard issue blue pants and a button down shirt with his name over the left pocket, the shirt is worn and shows the burns from weld slag on each sleeve if the singer/song writer Jim Croce lived to be nearly 60 he and Dave could be twins.

While over 30 years of maintenance work have calloused and cracked his hands the rest of him appears to be cut from stone.

I waited for a second to see if he would say anything else; it was at that moment when his manager began heaping the sugar on like two actors do when they are interviewed about a movie they just made together.

As Dave’s manager was singing his praises I noticed others in the room shifting in their chairs no one was looking at Dave, the topic was making everyone uncomfortable.

Having been through similarly uncomfortable introductions I knew there had to be a back story; that at some time during my week on site I would learn more about Dave. Dave’s manager and I go way back; this is not his first RCM event, I helped him get RCM started at another plant site, he knows well the potential benefits if things go well.

The answer came at the end of the first day when I stopped by the manager’s office to give him a quick report on the progress of our analysis.

As I stood in the door of his office reporting what the team had accomplished following their 4-hour training class he asked me if I had a minute to talk.

“I’d like to talk to you about Dave; he might give you some problems this week, he tends to be a bit negative, even surly at times.  His supervisor didn’t think he should be on the team, and Dave is ruthless to the two engineers that were in the room earlier.

He doesn’t talk a lot, in fact, I have been here just over two years and while I have tried to talk to him several times he just clams up but he really knows the equipment.  I’m worried that he might not participate or worse yet be negative so if you would, please keep me posted on his participation.”

I told him that Dave was fine, that after the training when the managers and engineers left the other two tradespeople and the operator began teasing him about the raise he was due after all the praise you heaped on him.

“I hope I didn’t embarrass him, that wasn’t my intent.  I just wanted to make it clear that I respect what he does around here.”

Well, he was embarrassed but he is fine, he made it clear that he is just putting his time in for the next two years so he can retire and is hoping that you might be the last manager he has to work for.

By the way, that part about how you respect what he does, you might want to try telling him that one on one.  I don’t think he gets much of that from his supervisor.

Dave had a lot to say this afternoon, it’s clear he knows his trade and even more encouraging I can see he still has the drive to continue to learn.  He was very interested in some of the Predictive Technologies I talked about and he also had a lot to say about the lack of precision tools and maintenance techniques.

Turns out Dave went through a formal 3-year apprentice program when he first started in the trades and he is a bit frustrated with the lack of skills and the turnover in the maintenance department.  He claims his Supervisor was a lousy engineer so they made him a boss so he couldn’t screw up any more projects.

So now he screws with people, refers to the maintenance folks as knuckle draggers and the operators as flunkies who are just one no-call no-show away from flipping burgers at a fast food joint.

I think Dave would have a lot to say if he was convinced someone might listen.

“Wow, he said all that? I was worried he might be too far gone and had gotten to the point where he just didn’t care any longer.

The problem I have now is some of the folks who could learn from Dave won’t talk to him because he can be a bit a bit abrasive.

The two Engineers, for example, they avoid him at all costs because he is so critical of their work, between the two of them and his supervisor they would like to see Dave fired.  The problem they have is Dave hasn’t missed a day of work in 12 years; he answers his phone when we call him and he has worked more overtime than 90% of the hourly people on operations and maintenance.

So outside of the fact he doesn’t like or respect most of the Engineers and Managers, Dave is the perfect employee.”

My friend sat back in his chair looked at me and smiled; “You’re enjoying every minute of this aren’t you?”

I laughed because my friend knows how I feel about all of the issues we just discussed.

Respect is a two-way street that erodes from the edges and as that respect wears, cracks begin to form on both sides and if someone doesn’t take the initiative to repair them, the cracks open up and become pot holes.

The next thing you know people begin to avoid the road altogether and someone has a decision to make.  Is the road worth fixing?

What are the potential benefits if this group of people all of the sudden started communicating?

“This RCM analysis might be a good way to start.  Most of the recommendations will come from Dave, and the redesigns will be assigned to the engineers, I will be sure that they work with Dave to make sure he is good with their recommendations. In fact, I will take the action items myself to ensure they work together.

Don’t you just love it when a plan falls together like this?  Somehow I had a feeling Dave would open up to you, I can’t wait for the report out on Friday and by the way, thanks for stopping in to talk.”

In the end, Dave worked out fine, his experience and willingness to share his knowledge made for a tremendous RCM analysis but at the end of the week I couldn’t help but wonder how many guys like Dave have missed out on being on RCM teams because their boss gave up on them?