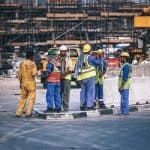 Start by recognizing what we are up against. Engineering as a profession tends to attract some unique personalities (including yours). If you follow the Briggs-Myers personality testing standard, the INTP type is described as, “The Engineer.” The Engineer is described as being intuitive, logic-driven, imaginative, and complex; someone who struggles with being perceived as impersonal, cold, or socially challenged. Certainly all of us have encountered this stereotype, and it’s unsurprising that many have, deserved or not, been described by co-workers or spouses in a less than flattering way.

Here is my method for recovering from KEATT. You may also find success using this method for treating Being Universally Hated Due to Bad Interpersonal Skills.

Let’s explore these a little bit.

During this stage of my recovery, I was amazed at the things I heard and learned when I was talking less. I realized that some of the millrights were actually pretty clever and that they told really awesome (sometimes inappropriate) stories. Added benefit that the less I talked, the more people listened when I did speak. This was a critical piece for me.

There are a number of active listening techniques that can be used to let someone know you are listening and interested without interrupting them. Start with focusing on the other person’s words. Don’t let your mind wander to your list of things to do or that nagging pump seal that keeps failing. Also, let them know you are engaged by asking them relevant questions, making a concise comment, or nodding at appropriate intervals. Do not interrupt them; let the flow of the conversation take its course and only speak during a natural pause. When you do speak, be genuine. You will find that by listening, you will learn more things more quickly and without much effort, saving you a lot of time digging up information in CMMS or the site library.

I once went on a business trip where the majority of the group had arrived a day before me. As a result, when I arrived on a red eye flight at oh-dark-hundred I was exhausted but had to go directly to training. At the end of the day, people were breaking into groups for dinner. I announced (loudly), “I’m not going to dinner with ANY of you because I’d rather go to bed.”

I knew what I meant; I was tired due to travel and time changes, and I desperately needed sleep. That’s what I said, right? But what my co-workers heard was, “Being foodless and alone in my hotel room is something I choose instead of spending time over a companionable meal with you.” What a fantastic way to alienate my co-workers. Do you know how many days it took me to figure out why people hated me? The answer will forever be unknown. I never did figure it out on my own; a more experienced co-worker provided me with helpful coaching on this long after I made the mistake.

Effective Reliability Engineers are good listeners and good networkers, so they can identify and address problems early. It also helps a lot knowing who to go to for support and information (because, spoiler: you do not know everything). No one is perfect, nor should we expect each other to be. By intentionally and carefully cultivating interpersonal skills our daily interactions at work will be more fruitful and enjoyable for everyone involved.

« Physics of Failure vs: Chemistry of Failure
Proximity Switches » 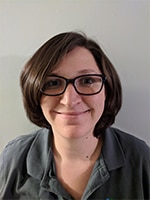 Articles by Katie Switzer
in the Advanced Engineering Culture series