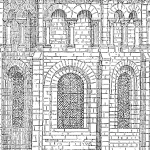 Fixing plant and equipment about which you know little is daunting.

Here are a few ideas to help you successfully fault find failed equipment.

When you don’t know the equipment

Your aim is to understand what you are trying to repair so you can make considered decisions as to what has gone wrong, and what has to be done to fix it.

You will need to educate yourself in its function and construction.

Read and understand the operating and maintenance manuals. Get hold of drawings. Talk to the manufacturer and supplier. Talk to others who have such equipment.

Talk to the people who operate and maintain it. If you can’t do the above, find a machine or item that does a similar function and learn how it operates.

The right person to do the repair

If you do not have the know-how or equipment to perform the maintenance it is faster and cheaper to get someone with the necessary specialist knowledge.

Here is an example of a car repair gone wrong.

The car was a 1993 Jeep Cherokee. It had lost ignition and would not start. The owner followed the repair manual instructions and spent an entire day stripping out the ignition system, component by component, only to give up in disgust and visit the local dealership the following morning.

The mechanic listened to the tale and advised of an ignition timer trigged from the flywheel rotation that occasionally caused a fault. The owner had not even known of its existence! Sure started the first time.

There are two morals here.

First – only attempt a repair if you understand the equipment you are working on. Second – when you can go no further, get expert help.

When you know the equipment

When you cannot locate a fault in plant or equipment of which you are familiar, you need to progressively trace the failure.

Commence by becoming familiarized with the designed operation of each subsystem of the larger item. Access to documentation is critical. Get all the information available from manuals, process and instrumentation diagrams, assembly and component drawings and the like.

Test that each sub-system functions as it ought.

Use ‘telltale’ indicators at selected points in the system to confirm its operation. ‘Telltales’ are such devices as pressure gauges, flow meters, sample points, ammeters, voltmeters, light emitting diodes, etc.

Their purpose is to indicate the function is present during normal operation. If necessary get them installed. As each subsystem is proven move to the next until the faulty subsystem is found.

With the faulty subsystem isolated, you need to locate the faulty component (maybe more) and replace it.

If the fault is not obvious it becomes necessary to trace the system through from beginning to end looking for a loss of function. Prove that each component in the system operates, as it should.

Again it may be necessary to install or locate ‘telltales’ for each component.

An example of the methodology

The best example of this approach that I have seen occurred in the Blue Mountains of New South Wales, Australia. Our hire car stopped dead after cresting a rise.

The hire firm sent out the local roadside service repairman. Upon arrival, he lifted the bonnet and began his investigation.

First, he checked the electrical system by removing a spark plug and turning the ignition key. The car cranked over and the spark plug fired.

This test proved the electrical system functioned properly because a spark was evident at the spark plug.

He then checked the fuel supply. Here he removed the rubber fuel line into the carburetor and cranked over the engine.

However, in this case, no fuel was ejected where it should have been. Moving back along the fuel system, he removed the connection to the fuel pump outlet and cranked the motor. Again no fuel was evident.

He checked the fuel level in the fuel tank and it was plentiful. Removing the fuel line into the fuel pump resulted in fuel spilling out on the ground.

He had just proven that the fuel pump was broken because the fuel at the inlet was not ejected at the outlet.

The table below lists the recommended approach.

In the drawing below of a reticulated lawn, one portion has died due to a fault.

How could this have occurred? How could your suggestions be tested?