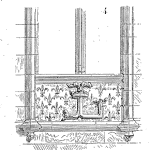 As long ago as 1400 BC., the Egyptians used greases made of olive oil and lime to lubricate their wooden wagon axles.

With the beginning of the Industrial Age, the development of modern greases progressed from sodium greases (1872) through calcium and aluminum greases (1882), to calcium complex soap greases (1940) and lithium soap greases by Shell in 1942.

The quantity of lubricating greases sold in Australia amounts to approximately 13 million kilograms in 1994 – is only a small fraction of the total lubricant consumption of 500 million Litres.

The situation is similar in other industrialized countries. The relatively small proportion of grease sales belies the enormous importance of lubricating greases for business and technology, which can be attributed to the high level of quality they have achieved and the performance characteristics which have resulted.

Metal soap greases are the clear leaders in grease sales statistics, while non-soap greases as a group are of little importance in quantitative terms.

In engineering terms, however, and in terms of “modern and intelligent lubricating grease design,” non-soap greases, for example, those containing synthetic organic thickeners and synthetic base oils, are more modern, promising products.

The classification of lubricating greases is not uniformly regulated.

Because of the versatility and the variations in their composition, greases are essentially classified on the basis of their base oil or thickener.

The oil present in lubricating grease is referred to as its base oil.

The proportion of base oil can vary depending on the type and quantity of thickener and the intended application of the grease. For most greases, the base oil content is between 85% and 97%.

The type of base oil gives greases some of its typical characteristics.

Thickeners are divided into soaps and non-soaps and give lubricating greases their typical properties as well.

Soap greases can be divided into simple and complex soap greases, each of which is referred to by the name of the cation on which the soap is based (e.g. lithium, sodium, calcium, barium, or aluminum soap greases).

These metal soaps are made from fatty acids, which are products obtained from animal or vegetable oils and fats.

These fatty acids are a mixture of a wide variety of chemically defined fatty acids. They are split into fatty acids and glycerides by hydrolytic decomposition.

The fatty acids are then combined with the corresponding metal hydroxides to form the metal soaps used as thickeners for lubricating grease production.

Additives, therefore, affect the quality, potential applications, and ultimately the practical value of the grease. Additives can be solid, polar, or polymeric.

Polar substances are hydrocarbon molecules that behave in an electrically non-neutral way because of their molecular structure (i.e. by incorporating other elements such as oxygen, sulfur, or chlorine), and are retained on metal surfaces as if they were magnetic.

The presence of polar substances increases adhesion of the lubricant film since pure hydrocarbons are “non-polar”.

Additives can influence the correlation between temperature and the viscosity of mineral oils.

These additives consist of organic polymers with molecular weights of between 10,000 and 200,000. At moderate temperatures, their chain-like molecules are tangled together, but at high temperatures, they extend into elongated threads.

By simultaneously switching to a low-viscosity base oil with a higher viscosity index (VI), the viscosity-temperature curve can be flattened. The presence of polymers makes the viscosity of a base oil dependent on the shear rate.

Polymers generally improve the wear protection offered by lubricants. Polymers used as adhesion additives for greases include polyisobutylenes, olefin polymers, and others.

They improve the grease’s adhesion to surfaces.

DISCLAIMER: Because the authors, publisher and resellers do not know the context in which the information presented in the articles is to be used, they accept no responsibility for the consequences of using the information.

If you found this interesting you may like the ebook Pumping Basics.