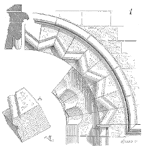 This is also called the “p test”

Let’s say we want to compare a proportion, p, to a fixed value, po. Like other hypothesis tests we have three comparisons possible. The null hypothesis, Ho, could be equal to, greater than, or less than the fixed value, po. The alternative hypothesis  Ha, defines the contrary conditions.

The three cases then are:

The population proportion of successes is equal to a fixed (given) value.

The population proportion of successes is less then or equal to a fixed value.

The population proportion of successes is greater than or equal to a fixed value.

The test statistic is given by

x is the number of successes out of the

po is the fixed proportion being compared to the data.

A great way to remember the formula for the test statistic is the number of success in the sample is compared to the mean value, npo , and divided by the standard deviation, which is the square root of npo (1- po ).

Let’s consider an example. Let’s say we’re inspecting corn from a test field. If the inspection accepts 30% of the sample or better, we conclude the field produces corn that is as good as or better than an average field of corn. We sample 150 ears of corn and find that 60 of the sample of 150 failed the inspection. Is there convincing evidence the test field has a higher failure rate than an average field? Use alpha = 0.05.

The null and alternative hypothesis are

The rejection region for α = 0.05 means we will reject Ho if

Using the sample data, first determine the number of successes, x = 60, (those that fail the test as we defined above).

The test statistic is then

Since the observed z value is greater than the test statistic it is in the rejection region and we reject the null hypothesis. We conclude that there is convincing evidence that the test field has a lower yield (higher inspection failures) then the expected average result.