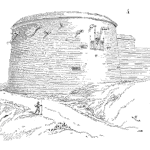 Over the past few weeks, we have explored about 8 different hypothesis test formulas. There are more. So, how do you determine which test to perform? Well, that depends on the question you are trying to answer and the type of data you’re dealing with.

First, consider the type of data you have or will gather for the hypothesis test. If the data is variables data then you probably will use something based on the normal distribution. There are tests based on other distributions, and these are not commonly explored with the CRE. Be careful to verify your data is normal or normal enough to work with a t-test before making conclusions. Testing for normality is a subject of another post (to be written).

Sometimes the data is paired. Meaning the samples have some connection and are either treated differently. Like using different materials on the right and left shoes in a pair and asking people to wear the unique pairs when monitoring wear resistance during normal use. The shoes are the same design except for the one change in material and the people expose the paired shoes to the same stress. The paired t-test is the approach here.

If the data is discrete, then either binomial or Poisson are your friends. Binomial for proportions and on/off or pass/fail (Bernoulli Trials) type data. Poisson for counts of defects of faults, for example.

Generally, we are interested in the mean for a comparison to a specification or known value. Sometimes we want to do a comparison of two population means. Another item of interest may be the exploration of changes in the spread of the population (variance).

For example for variables data

When exploring two normal populations if the variances are equal us the pooled variance t-test, and when not equal then the Unequal variance t-test (of course).

Maybe a flow chart would be helpful –

There are many ways to test a hypothesis and each will depend on the data, the questions (hypothesis) and what is known or not known about the population and sample. Done well, you can create conclusions and make decisions. Done poorly you will have a number that may or may not be useful.

In the CRE, take care to determine which type of test first, then double check your calculations.