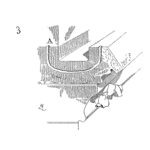 An approach to deploying control charts with short production runs is to utilize charts of common characteristics across different products.  The chart pertains to the characteristic of interest (e.g. diameter) rather than for the diameter of a specific design.

A single chart can monitor the characteristic even though the nominal values (and specifications) are different.  This is accomplished by standardizing the data before plotting it.  A common chart that performs this is called the Deviations from Nominal (DNOM) chart.  Essentially, the value that is plotted is the difference between the part measurement and the nominal value (Note: The nominal value refers to the value that is typically specified on an engineering drawing as the desired value and is often halfway between the lower and upper specification limits).  Once the differences are computed, the control limits may be established in the normal way.

For a part that measures 17.387 mm, the deviation from nominal is:

The following table illustrates the calculations for the Deviations from Nominal Chart.  Essentially, each measured data value is transformed by subtracting off the nominal value (xi = mi – Nominal).  The deviations are then used in the usual manner to construct the desired control chart (e.g. Xbar/S Charts, Xbar/R Charts).

Xbar and S charts constructed from the “Deviation from Nominal Data” follow.

Several important assumptions and considerations apply to the DNOM approach and example above.

This article explains the use of DNOM charts, which may be used to monitor process characteristics over time even when the units being controlled have varying nominal values.  When the process variability differs significantly by part type, Standardized DNOM charts should be utilized and these will be described in Part II of this article.