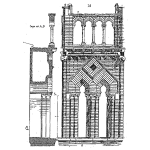 In June 2021, we learned about the partial collapse of a condominium in Surfside Florida, with devastating results – only a few survivors, and many fatalities.  The building had actually been inspected in 2018 by a qualified engineer, and parts of it were deemed to be “structurally unsound”. In plain English, that means the building’s structure was no longer in good condition and possibly dangerous. It was unsafe to use. The report was submitted to a local authority who raised no red flags, and the building owners chose to do nothing about it. Roughly 3 years later – disaster. It’s a sad example of “inspecting to failure”.

As you might expect, “failing to inspect” critical assets can lead to the undetected development of conditions that result in the failure of that asset. Not checking the air pressure in your car’s spare tire (in the trunk) could result in a lot of inconveniences that the spare is intended to avoid.

“Inspecting to failure”, is subtly different. Instead of not inspecting, you actually do the inspection, then ignore what you find, and fail to act on problems that are found.

Inspections to determine the condition of our physical assets, help us determine that they are still capable of doing what they are supposed to do. If they are incapable or deteriorating, we should act on that knowledge to avoid the consequences that occur when the asset eventually fails. That is the essence of Condition Monitoring (inspecting) and Condition Based Maintenance (acting on the findings).

In Surfside the consequences were lethal. Their failure to act on inspection findings, however, is actually quite commonplace. In buildings, factories, processing plants, fleets of vehicles, infrastructure assets, transportation assets, utilities, etc. that same failure to act occurs. Either they fail to inspect, or inspect to failure.

In some instances, the consequences could also be lethal, and in others, they won’t be. Invariably the failures that occur disrupt normal operations, create disruption, inconvenience, loss of revenues, and possible injuries, death, or environmental damage. The whole purpose of the inspections is NOT to avoid the failures, they are done to avoid the consequences.

Inspections and condition monitoring cannot reveal a problem until the problem has already begun to form. Many failures take some time to progress from a small defect to a full-blown failure. If it is carried out at the right inspection intervals, Condition Monitoring will catch those failures after they have begun, but before they’ve progressed to a catastrophic conclusion.

Condition monitoring and condition-based maintenance are very powerful forms of maintaining an asset’s operational condition if used properly. If not, however, it can be just a waste of money. Here are a few common problems:

Determining inspection intervals is a bit technical and I won’t get into that here. We have methods for doing that.

In the case of the Surfside Condominium, there was a required engineer’s inspection. It did point out problems. It indicated that there were structural problems and it indicated the nature and extent of work needed to correct it.

Why were the warnings ignored?

Greed may be a factor. The repairs needed would have been very expensive and if residents couldn’t come up with the money the building may have been torn down and they’d lose their investments in their homes. In many jurisdictions, there must be a reserve fund for major repairs. If they had one, it may not have been sufficient. Unfortunately, whatever the details, the fear of not having enough money tends to lead people down the path of doing nothing. Non-action is a choice, albeit passive, and it has consequences.

It’s possible that those who were reading the engineer’s report didn’t understand it. I’ve read it and it wasn’t overly technical, but someone unfamiliar with the terminology may have been confused by it. Of course, the city had someone who looked at it – presumably, that person (or persons) knew what they were looking at it. Why didn’t they act? Criminal negligence comes to mind.

The condo board members may well have been misinformed, depending on how they got their information about the report findings. It’s always a good idea to have someone who understands the technical details involved in the decision-making. It would seem that they did not have that, or did not avail themselves of advice from those who did.

It seems to be human nature to believe that because nothing has gone wrong so far, it won’t go wrong in the future.  That is called “induction fallacy” – we draw a false conclusion based on incomplete or irrelevant data. It’s like saying that because you and your car have never been in a car accident, that you won’t be in the future.

Those responsible for the Surfside condo concluded, perhaps without really thinking, that because the building had been safe so far, it would be safe in the future despite the warnings to the contrary. Deterioration in civil structures and buildings is a slow process. In this case, it was roughly 3 years between the report with warnings and the actual collapse. Timing of your actions in these cases is always going to be tricky, but erring on the side of caution can save lives. When civil structures fail, they often do so with disastrous consequences.

Please don’t read this and conclude that failures in your buildings, infrastructure, systems, equipment, etc. won’t have consequences. Maybe, like the condo residents at Surfside, you believe you are safe because nothing has happened so far. That’s an “induction fallacy” at work.

Every physical asset has a finite number of ways in which it can deteriorate and fail. Taking the time to think about those, identify what they are, identify the potential consequences if they occur, and then to decide on what to do to mitigate those risks, is entirely possible. There are methods that help us do exactly that. Assets that can impact life, safety, the environment, or major business losses when they fail are all critical. They deserve that degree of attention and rigor. Without it, you are fooling yourself and sooner or later, someone will pay for it.