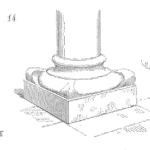 There are no assumptions about underlying distributions. And, K-M works with datasets with or without censored data. We do need to know when failures or losses (items removed from the evaluation or test other than as a failure. Censored items).

K-M provides an estimate for the reliability function or CDF. K-M is a non-parametric method. It is conservative and not defined beyond the last point of data, failure or loss.

Use the following steps to calculate K-M estimates:

Note: For censored units only count them up to the last actual failure time before the were removed.

Step 1. Order the times to failure.

Step 2. Count surviving units just prior to failure at ti

Remember to remove censored units (losses) at next failure time.