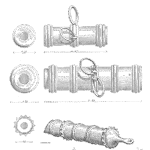 For a piece of equipment (not a group of equipment lumped together) with a record of times to repair we can check if the data shows a trend either improving or degrading over time. The basic idea is the times between failure will either be getting further apart of closer together over time in a convincing manner.

One such test is the Kendall-Mann Reverse Arrangement Test. A key element is the concept of reversals. A reversal in time to failure (inter-arrival times) {X1, X2, …, Xn is an occasion when Xi < Xj for i < j.

Let’s consider an example and work through the steps to test if the failure rate is trending up or down, or not.

Example: A piece of equipment received repairs which tool a very small amount of time to accomplish at 35, 60, 98, 138, 177 and 219 days. The question our maintenance manager asked concerns the equipment and minor improvement implemented during the repairs. Is there convincing evidence in the data that the equipment is getting more reliable over time?

We have been told to use 95% confidence. This is the same as a 0.05 significance level, given 1-confidence = α.

Setting up the solution first we state the null and alternative hypothesis statements.

The null hypothesis, H0: constant (stationary) inter-arrival times and we also assume the observations of repair times are independent and identically distributed (iid). This means they are just random and not distinguishable from a constant failure rate. For example, we cannot assume iid if we perform the repairs on a fixed monthly schedule separate from when the equipment fails.

The alternative hypothesis is one of three.

In this case, we need H12 as we are interested in showing (or not) that the equipment is improving over time.

The next step is to determine the sequence of inter-arrival times. First, list the failure times in chronological order. In this example, we were given the failures as a list on which day they failed, which is this first step.

The set of reversals then is 4, 4, 3, 1, and 1. The total number of reversals, R, is the sum of these counts or R = 13. The next set of steps determine the critical value for the test and permit us to compare this R = 13 to a value and determine if we should accept or reject the alternative hypothesis.

The R random variable has some interesting properties. Related to work by Kendall (1938) the mean and standard deviation of R reversals quickly converges to a normal distribution with

where, n is the number of inter-arrival observations. And,

The cα is the offset constant used to determine the critical value for the hypothesis test. It is used in the following formulas for each of the three possible alternative hypotheses.

Given this examples information, we should calculate the H12 value and find the critical value zα as 13.3577.

Since, R is smaller than zα we accept H0 and conclude that the reliability is not improving with 95% confidence.