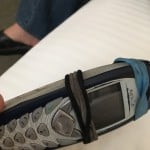 Reliability engineers have traditionally been asked to answer a common question during development of a new device or system, and that is “How long will it last?”.

It is the eternal question in equipment reliability development, and it really comes down to “that depends on many factors”. One question that needs to be asked is how long do you need it to, or should it last?

I have written about this question before in a previous post, “Why the Drain in the Bathtub Curve Matters” that has had many clicks from the NO MTBF and Accendo Reliability Websites. The points made in that posts were that in most cases, and especially with consumer electronics, the intrinsic wear out mechanisms in the solid-state electronics will not be a factor in its useful life: the device will be replaced due to technological obsolescence long before those mechanisms cause failure. Batteries, of course, have a limited life, and eventually will require replacement.

In the recent past, many cell phones had easily accessible consumer replaceable batteries, and allowed the user to extend the life of a phone. Today very few, if any, have easily replaceable batteries, and replacing the battery in a smartphone can be a significant cost relative to the original cost of the phone. Of course, all the smartphone suppliers know this and use it as leverage to get customers to purchase new phones.

Smartphone technology keeps improving with better cameras, as well as more robust designs, as such making the devices water-resistant, that motivates the user to upgrade to the latest model. We’ll at least that’s what Samsung, Apple, HTC, LG and all the other manufactures hope and need to keep growing in the market.

I would guess that most of the readers of this post are early adopters of new technology, and the technological cutting edge is where they want to be. Yet, technological obsolescence is difficult for some, as there is typically a learning curve with a new device, and that can be frustrating to many. My wife’s childhood BFF is one of those.

Then there are the technophobic people you may know, who want to stay with the old hardware and do not want to upgrade-EVER! My wife’s friend, let’s call her “Peggy” (to protect our friendship), is one of those. The photos of her old Nokia phone in this post here are more evidence that electronics have a long life entitlement relative to technological obsolescence. It works and she is still using it.

This Nokia phone still “works”, no need to replace

Peggy refuses to buy a new cell phone. As she told me, “My phone works fine, thank you!”. If there is such thing as an early adopter, my wife’s friend is a very late, if ever, technology adopter. She is aware of smartphones, and wants nothing to do with them. Fortunately for her, her old Nokia phone has a replaceable battery and she may be able to use it the rest of her life, if the cell phone company infrastructure supports it.

The pictures in this post and story are evidence that the intrinsic life of most electronics components is much longer than needed for most applications. In most products, we will never know what the intrinsic life actually is, as no one will be using them long enough to find out (expect maybe Peggy)

I have worked and consulted on reliability development for over 25 years and have not seen evidence that the intrinsic wear out modes in solid state electronics is a factor in field failures. The vast majority of field failures are from assignable special causes, such as design or manufacturing errors, or user misapplication and abuse and not “wear-out”, although most would say Peggy’s phone housing has worn out in the pictures. Nothing a well-placed ponytail hair scrunchie can’t fix. I think duct tape would be a better fix, but that is maybe because I am an engineer.

Most persons would be considered her Nokia to be broken, as it is obvious the chassis is quite damaged.

I do not know how much longer she can keep it together and functioning, but so far the electronics circuits are still working, it makes and receives calls, and for Peggy that is all she wants it to do.