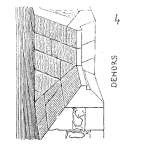 Shooter #1 and Shooter #2 both fired 15 rounds into their respective targets. Who is the better marksman?

Most people would agree that Shooter #1 is better since all 15 of his rounds are grouped within the inner two rings. Shooter #2 is pretty good, but many of his shots landed in the third ring; one even landed in the fourth ring. Since minimizing variation from the center bullseye is the object in target shooting, and Shooter #1 demonstrated the lesser variation of the two shooters, then Shooter #1 is the better marksman. Right?

Maybe not. Before we decide who’s the better shooter, let me add one more detail to the puzzle:

Let’s consider a hypothetical example from the animal world:

Imagine we weighed 100 Cairo Spiny Mice and 100 African Bush Elephants, and then analyzed the data. We might find something like this:

Well it’s certainly no surprise that the standard deviation of the elephant weights is massively larger than that of the mice. The world would be a much scarier if this weren’t true!

This formula allows you to examine the variation of your data relative to its mean. Using our study of mice and elephants, we find:

So, while it’s obvious that the expected weight range of mice is less than that of elephants, it may be a surprise that their relative weight distribution is actually greater.

CV also offers its users a more useful way to express standard deviation. Instead of a stand-alone number like 3.20 grams, we can now express it as a percentage of the mean, giving the parameter some needed context.

The applications of CV are plentiful. In finance, CV is used to measure the volatility of a stock’s price. In medicine, CV is used to measure shifts in a patient’s test results. And in manufacturing, CV is used to compare closely related processes. For instance, imagine a saw cutting operation in a factory that manufacturers threaded pipe. The same saw may cut a wide variety of pipe diameters and lengths. A quality engineer could use CV to compare the saw’s capability across a range of cut lengths.

For a deep dive into using statistics like CV to monitor and analyze your manufacturing process, check out the online course titled, “Process Capability Analysis”, and other resources at themanufacturingacademy.com.