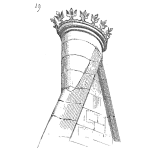 Based on the book Reliability Engineering Insights

I found, while working at HP as a reliability engineer, that most managers of new products had little to no understanding of reliability concepts. They usually had the basic concept that reliability engineers should be brought into the project as the design was being finalized but had no clue what they would work on.

Some of the important reliability concepts missing in product manager’s understanding of reliability were:

A basic term commonly used by management was WFR (Warranty Failure Rate). In the manager’s mind, WFR was the total number of failures while in warranty (since day 1), divided by the total production (since day 1). This calculation did not account for time delayed for inventory buildup, shipping and building time on a product by the customer use. But production time started immediately. Therefore, a delay in creating a significant failure would occur keeping the WFR numerator at a low level while the denominator continues to grow. By the time failures starts to grow, the design team had been moved to other projects and all the insights into possible causes were hard to re-assemble.

Samples of products used in reliability testing during the development phases were usually obtained from early production facilities or proto-production sites. These samples were not typically what the customer would see when purchasing a product after introduction. Reasons for tests not representing real life situations could be:

All these situations discussed above were encountered during the development of products I worked on at HP.

Software developers typically use defect tracking during development. The SW team addressed each failure before introduction of the project. But in Hardware development, the design engineers fixed some problems without recording them in the early stages of invention. Only when the product was being finalized did failures become visible to management. Since reliability engineering typically was done on samples from this final stage of development, weaknesses in the design may not be understood and therefore not included in the testing strategy.

Because of these limitations in management awareness and understanding of reliability, I found that the most important reliability related tools during product development were; HALT, FMEA, Defect Tracking, and Functional Architecture mapping. These tools allowed the reliability engineer to minimize the influences from areas discussed above. It was important to concentrate on a few tools so that you can have the time to deep dive into each of weakness found.

Note: This blog discusses reliability aspects of developing a product. They can be found in more detail in my book Reliability Engineering Insights by Arthur Ray Hart (found at accendoreliability.com, sub-heading ‘Resources/Authors’)

« How Is Your Organization Leading?
Measuring Relative Variation: A Review of the Coefficient of Variation »