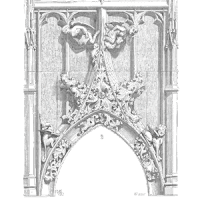 Metal is a wonderful, strong, material. Yet under certain types of stresses metal can fail One in particular is fatigue due to cyclic motion.

Metals in a solid state have an atomic level lattice structure. This provides the strength and flexibility. It is the flexibility part that causes trouble. We don’t get the benefit of flexibility for free. As the metal bends it ‘adjusts’ the lattice to accommodate the motion. In doing so, it changes the metal properties becoming a bit more brittle, for example.

In most cases a very small motion causes imperceptible changes and loss of functionality. In some cases, like bending a wire coat hanger with the intent to break it, just a few cycles of dramatic bending is enough to break the wire.

In metal applications that experience cyclic motion and the risk of metal fatigue failure may occur during the expected duration of product use, we may need to characterize the time to failure behavior. An accelerated life test for a metal fatigue failure mechanism is not difficult, yet does take some planning to get meaningful results.

For low cycle fatigue, L. F. Coffin (1954) and S. S. Manson (19665) studied and characterized the relationship now known as the Coffin-Manson Relationship (or Equation). It applies when a system experiences bending, elongation or other mechanical strains. It also apply when the stain is induced due to thermal cycling.

The inverse power law based equation is:

Nf is the number of cycles to failure

A is a constant dependent on material properties

B is a constant dependent on material properties

For use in accelerated testing we create a ratio of the use over test conditions to determine an acceleration factor.

Of course T is temperature often in Kelvin or Celsius. This applies for thermal cycling low-cycle fatigue testing.

Condra, based on testing experience, lists a few values of the constant B:

The deformation has to remain within the plastic region for the material. This essentially means the material incurs some small amount of damage, atoms in the metal lattice slipping past one another. A small amount of damage yet it accumulates with repeated applications of strain. If you bend a wire coat hanger a small amount, it springs back to shape when you let go, that is elastic. If it doesn’t return to the original shape, that is plastic.

Another consideration is complexity of the motion during use conditions. For testing we might use a automated mechanical or pneumatic system to apply the mechanical deformation. This may limit the type of motion that occurs in the test sample compared to the use motion. If in use, the motion includes a twist, for example, then the testing should do the same.

For thermal cycling induce strain, the actual motion again is important to check. If in use the system is attached or constrained in some manner, then the testing should include the same constraints to the motion.

In general, keeping the test conditions as close to use conditions as possible improves the ability to testing to replicate the damage experienced during use.

How do you use the Coffin-Manson equation? What has been your experience designing accelerated tests for low-cycle fatigue?

« Hiring a Consultant? Choose Great Over Good!
How to Trick Operators (and everyone else) »