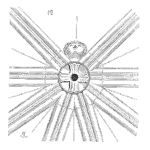 What readers will learn in this article.

Here is an example of a ‘trick’ unintentionally designed into a process plant’s control logic by the plant designers.

Three men huddled around the end plate of a stripped screw conveyor. Two operators and a fitter were digging out a bogged screw conveyor. The operators had started the automatic program to feed product into a mixer that should have been operating but wasn’t. Product had filled the mixer and jammed the feed screw. The operators were alerted to the problem by squealing and smoking vee-belts on the drive. Back at the control panel a light was on that indicated the mixer was in operation. But at the mixer the power isolation switch had been turned off by the prior shift.

The operators had been tricked into thinking the mixer was working by the light being on at the control panel. The light at the panel really meant that the process control program was running and within the program the mixer had been turned on. In reality the mixer had no power to operate it.

The moral of the story is easy to see. If a control panel indicator means something is on or off then it must reflect the true physical operating condition of the equipment. Anything different confuses people, leads to errors and wastes money to fix the damage that must eventually occur.

Information on equipment status is not always easy to obtain from the process. In the case of the above-mentioned screw, a proximity sensor fitted to the trough would detect the screw flights as they passed by. Another way to signal that an item of plant is in operation is to use the power supplied to the motor to generate an on/off signal to the control panel.

The least effective method of operating equipment is to write operating procedures for the equipment and then hope people don’t make errors. People need truthful feedback from plant and equipment to operate them properly and efficiently. With accurate displays that truly reflect equipment status the likelihood of operator error is greatly reduced.

Care should be paid as to where feedback sensors are installed so that all possible modes of failure are detected. Mounting a motion sensor on the drive end of a screw conveyor will not detect a screw shaft broken half way along it. But mounting the sensor at the discharge end will detect such a failure. Alternatively, torque monitoring of the electric motor could be installed and a signal sent to the operators when the torque varied from an acceptable range.