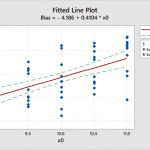 The prior article, MSA 3: Gage Bias, focused on defining and calculating a point estimate of gage bias. A method was presented to determine if the bias was statistically significant. If significant, the bias would be applied to the data as a correction factor.

This article discusses gage bias linearity over a measurement range.

For this article, the it is assumed that a gage is used to measure a physical dimension of production parts in a manufacturing operation. The gage is collecting data over a relatively range of measurements. After an initial bias study, it may be assumed that the bias is constant. To verify that assumption a linearity study should be conducted.

The gage bias needs to be established at the data extremes and several intermediate values. Reference standards, such as gage blocks, may not exist for a specific study. However, production parts can be converted into reference standards for the linearity study.

First, a feature would be measured on production parts. Parts with the minimum, the maximum, and several intermediate measurements are selected. These parts would be re-measured in a laboratory or on a flat plate inspection station.  Once the feature dimensions are established, the parts are considered reference standards.

The linearity study is conducted and the measurements recorded for analysis.

The statistical analysis of the measurements is rather complex, and if done manually, is error prone. But this analysis is supported by commercially available software. Minitab was used to analyze the measurement data as it supports a diverse range of graphs and statistical analysis tools. Minitab has a windows style drop down menu interface that most users will find familiar.

Following the MSA linearity guidelines, 5 parts were selected and randomly measured 10 times. there was a randomized list of 50 measurement values x associated with a part number and a reference value x0.

In our example, a plot of the measurements vs the references are shown in figure 1. 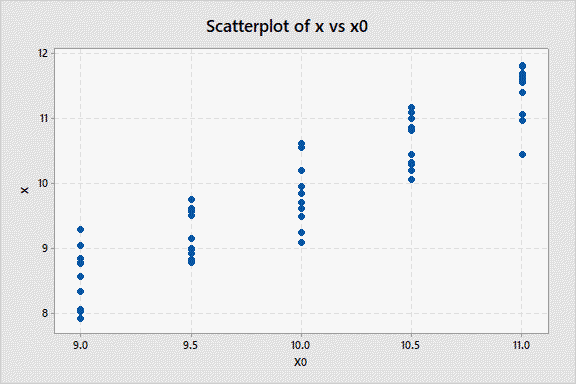 This plot of measurement y vs the reference x0shows a positive linear trend. This suggest using a linear regression plot, figure 2. 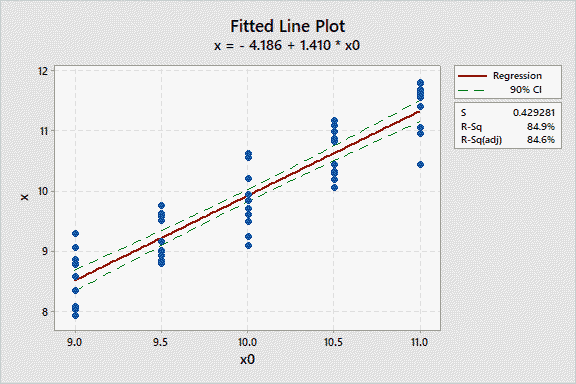 This table shows the regression has a P=0. The probability of the data following the linear model by chance is almost 0. So, the regression is significant.

The bias for individual measurements is calculated using .  A regression plot of bias vs x0is shown in figure 3. 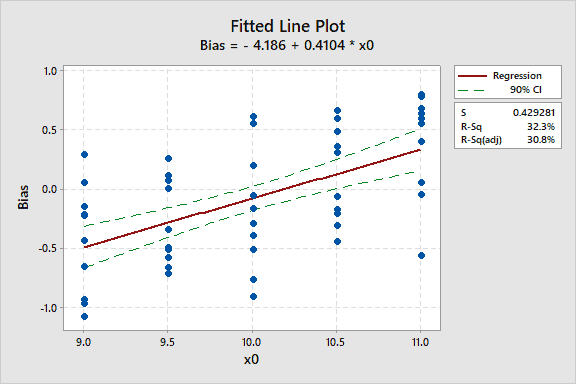 Figure 3 shows a linear relation between the bias and the reference value %-x_0-%. The bias values show scatter about the best fit line. Is the regression significant? The ANOVA table shows

Again, the P-value for the regression is significant, so bias linearity is important.

The Minitab dialog box “Gage Linearity and Bias Study” combines the analysis process into one operation to analyze gage linearity. It is accessed with a windows style pull-down menu. 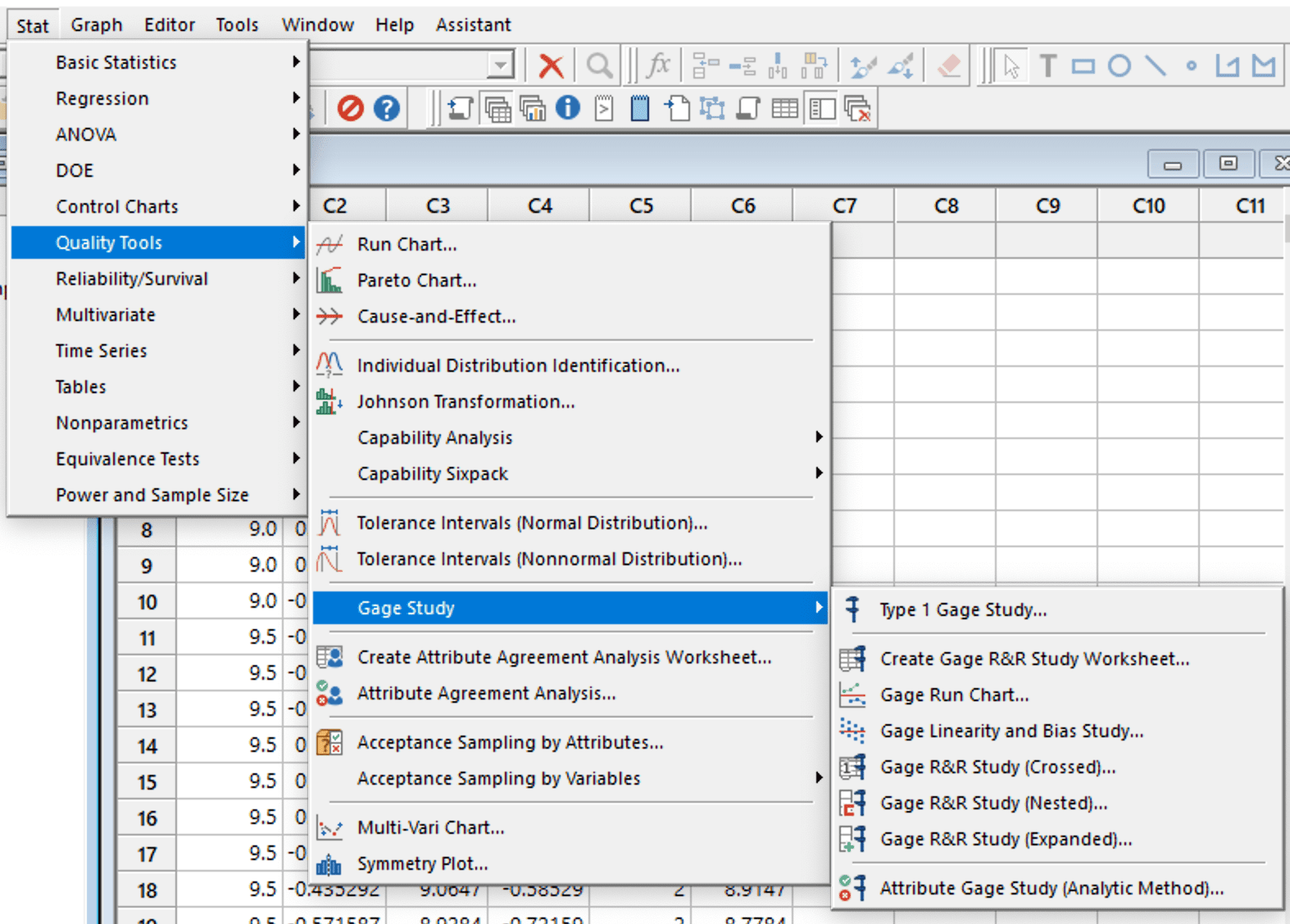 The dialog box contains fields need to be completed to tell the software which data to analyze, figure 5. 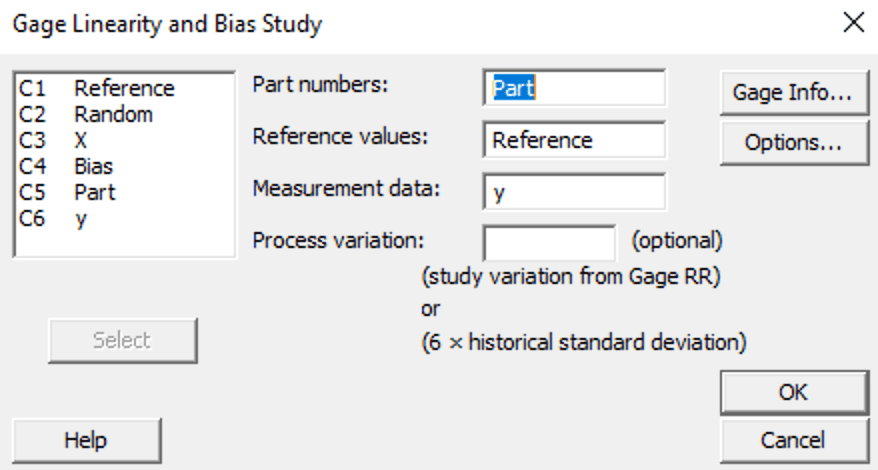 The named columns that contain data are shown in the box to the upper left. The part number, reference value, and the measurement data are required inputs. The bias calculation for individual measurements is done within the software. Click on the OK button to produce the linearity report, figure 6. 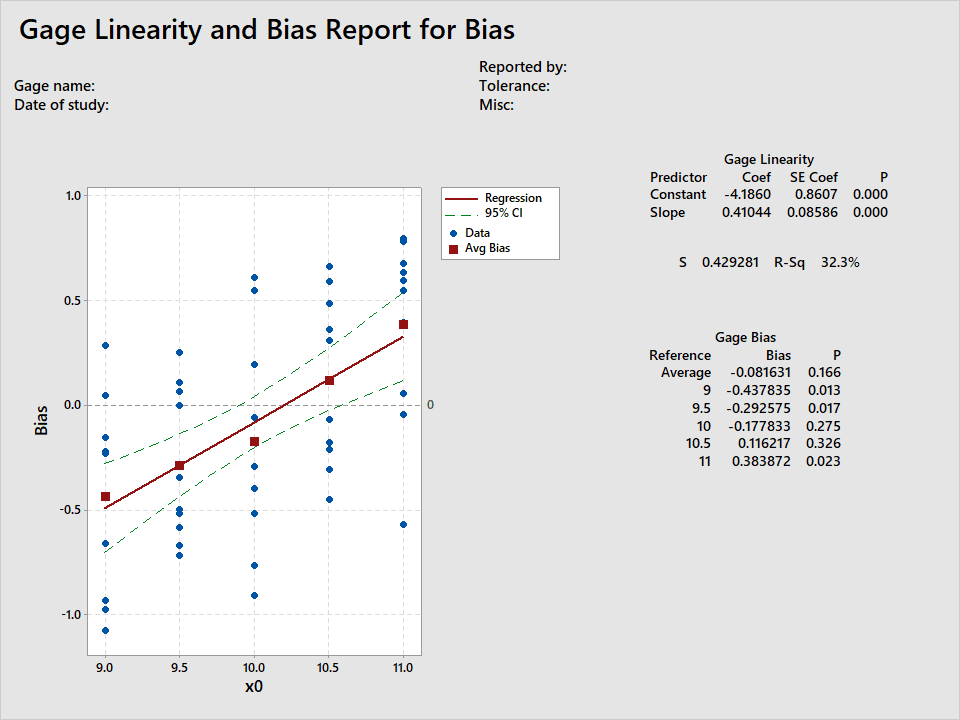 In this example, one would be justified to apply a variable gage bias correction factor.

« Root Cause Analysis
Passion to Optimize »