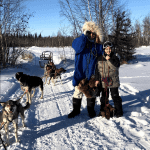 If you recall I went on a slightly crazy adventure up to the edge of the article circle with my adventure buddy, my daughter Natalie, 11.  We almost froze to death on a mountain just to see the Northern Lights (story here).  But we also did something we both have always wanted to do and knew would be epic, a dog sled ride.  The first thing I have to say about it is holy crap those dogs are fast.  It felt like you could blow the doors off a snowmobile if you came across one. 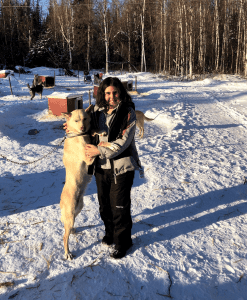 We first got to meet the dogs, and I have to say they seemed smaller and leaner then I thought.  I was expecting muscle bound fierce wolves.  But then it made sense when you picture what a marathon runner looks like.  These 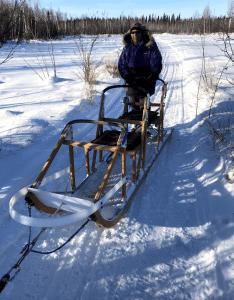 dogs can run for days and insane speeds.  They were super friendly and only wanted to do one thing, run, run, run.  As soon as they saw people and their handler you would witness the equivalent of a group of kids yelling “me” me” “me”  “pick me”.

Our Dog Musher had been racing these dogs in iconic races like the iditarod since the 70’s.  His life was dedicated to this one sport .  His entire lifestyle revolved around it.  Like a racer in any racing sport he was deep into the technology.  This inevitably leads you to becoming an inventor.  For him reliability was everything.  These races would go for weeks through totally desolite ice and snow covered country.  Anything that happened you had to deal with yourself using only what you had. 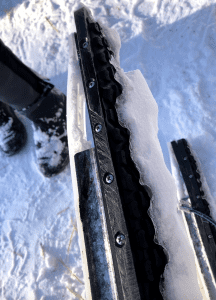 Of course I had a million questions for him about what he had created over the years.  The amount of development he had done with just the sled runners was amazing.  We went through all the design iterations for the runners in his barn (runners are the skis for the sled).  He had kept most of them.  What surprised me was how much he utilized advancements in materials over the decades.  I pictured him being some kind of purist using only traditional wood and metal construction.  Nope!  As soon as ultra durable and slick material like Teflon became available he had them integrated into several parts of the sled design. 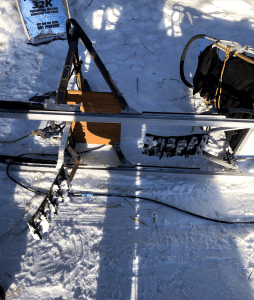 The advancements he made in brakes and speed control were amazing as well.  He created carpets that drag and had very specific patterns and teeth on the bottom so he could control pressure and resistance to indicate to the dogs to slow down or if needed actually force them to slow down.  The carpets were designed with enough finesse so he could use them to steer by creating an uneven resistance side to side. The evolution of his teeth design on the carpet bottoms was impressive.  he talked about the advantages and disadvantages of different teeth designs in different types of snow.

But what he had above all of us was unlimited testing.  Everyday he could take his new ideas out there and see how they did, over and over again, tweaking, tuning.  But, over us he has a dedicated group of excited test engineers ready to go, yelping, hollering, begging to test the latest design.  In most product development programs I participate in getting test time is by far the greatest challenge.

So maybe our product development programs could attempt to utilize field test time more effectively.  Many of our products are out there running everyday.  Do we collect data from, and engage with our users to get their observations on a regular basis?  I encourage you to spend more time looking for better ways to tap into this same method of low cost field data collection.  Everyday people are likely using your technology in the field.  It’s just a matter of you harvesting this gold.