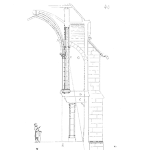 Reliability Centered Maintenance is an analytical process used in decision making about how best to manage equipment and system failures, and their consequences. Much of its output comprises maintenance tasks with assigned task frequencies. Those tasks will ultimately be managed in your Computerized Maintenance Management System (CMMS) or Enterprise Asset Management Systems (EAM). You don’t need software to perform RCM analysis, but it is helpful. Given the link between RCM output tasks and the proactive maintenance program you will manage using your CMMS / EAM, it seems to make sense to link or integrate the two software tools. Integration should enable automatic updates of the PM program stored in your CMMS/EAM whenever the RCM analysis is updated and possibly feed failure event historical data back to your RCM analysis with a notification that perhaps the analysis should be reviewed. Alas, that’s not going to happen.

I say that this concept “seems to makes sense” because there is a logical connection between the RCM analysis, failure modes, tasks, and failure data. However, the links needed to reflect that are not necessarily going to be one to one, one to many, many to one, or many to many. In fact those links may all be needed and the pattern of those links will not be same for each failure mode.

Computer databases (your CMMS and EAM) use relational links to connect related data so that future changes are accounted for automatically. If you can link the RCM output task with a standard PM work order in your CMMS, then anytime you update your RCM analysis, you should see the update in the PM work order. In theory that’s exactly what should happen, but consider how your CMMS / EAM database is organized and how your RCM analysis is organized. You will see that linking isn’t going to be so easy. Your software suppliers won’t take long to recognize this, but they could easily burn up a lot of programming hours trying to solve it before you eventually decide to give up on the idea.

A CMMS / EAM has its data organized to fit your asset hierarchy. That structure logically connects parts (on bills of materials, BOM), to assemblies, to equipment, to systems, to production units, to plant, to division, to company, to industrial sector. ISO 14224 shows a 9 tiered hierarchical structure for the oil and gas industry (which can be applied anywhere), but most of us don’t need all those levels because our CMMS / EAM is site specific. As a minimum you could have 6 levels: parts, assemblies, equipment, systems, production unit, and plant.

Your proactive maintenance program will be stored as standard jobs (or equivalent) having set task frequencies and triggers. Those will be associated with systems and / or equipment, and in a few cases with assemblies. Some of those PM routines may require the change out of parts or condition monitoring activities. Each task (which ideally addresses a single failure mode) would ideally have its own work order, but that would generate a lot of work orders (too many in fact). To make your PM program manageable, similar tasks with the same frequency are combined together into “PM routes”. For example, taking of vibration readings and checking of oil levels (both condition monitoring tasks) for an entire part of your plant (comprising multiple equipment and systems) might be combined onto a single PM inspection route work order.

Each of those inspection tasks arose from an RCM analysis on an equipment or a system. Imagine that your PM work order covers 2 types of inspections of 24 pieces of equipment (each having 6 inspection points) from 3 different systems. That’s 288 inspections on one work order that will be linked to a single asset in your hierarchy.

The vibration readings are intended to deal with incipient failures in bearings or other components that will show up early as elevated vibration levels. The oil level checks are to ensure proper lubrication is available to avoid lubrication related failures. Some vibration and oil checks will address different failure modes on the same component part (a bearing), but that same failure mode could appear in multiple equipment and systems. The work order handles that transaction well, but the RCM analysis is structured differently. In RCM, each of those 288 inspections arises from a separate failure mode on a separate item.

The RCM analysis targets equipment and systems, but ultimately deals with failure modes, not transactions (i.e.: getting work done). Failure modes occur within or on parts, on assemblies, show up as human errors, or in system fluids that don’t even appear on the BOM.

When your RCM analysis is done on multiple systems, you will combine those similar tasks together. The use of spreadsheets to sort tasks and frequencies helps, then you will likely combine those sorted lists across multiple systems to create your standard work orders. For example, all your vibration checks at bi-weekly intervals are likely to be grouped together. Decisions dealing with failure modes are now logically linked to WO transactional documentation.

What happens if you realize later that a few of those checks (but not all) should be done more frequently? You will need to create another PM work order for the additional (more frequent) checks on those specific locations. You could create a new weekly PM work order and eliminate those locations from the bi-weekly version, or leave that one alone and add another bi-weekly check of just those few locations. That latter risks getting the execution dates out of synch with each other due to triggering and timing of previous work order completions. Either way, you need to make decisions. How do you automate that update?

No matter how you cut it, the fundamental difference in how the data is organized. Now let’s look at reliability data. Knowing what failures occur and how often is fundamental to reliability analysis. It is best tracked at the level of the failure modes. The CMMS / EAM tracks it against a work order that is associated with a physical item in the asset hierarchy. If your failure of interest (e.g.: outboard bearing of pump xyz) shows up as a corrective WO against that pump, then which PM work order might be subjected to change as a result of failure and reliability analysis work? Identification of which task is ill suited to the failure mode isn’t going to be something easily automated.

« Happy 50th Birthday to RCM Principles!
Redefine Risk in the Face of the Unknown »