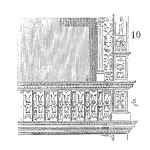 I get asked a lot of questions and asked for a help. Sometimes the “ask” comes from senior management, sometimes middle-level management and sometimes even from the shop floor. People and companies need help to achieve more than they are today.

Performance is already known and often less than desired. Change is needed and that means new ideas. After all, if they had the ideas themselves, they may have tried something different before calling me in. Sometimes they have, and it hasn’t worked. They are stuck.

I’ve written books with methods they can follow – two specifically about this problem: Often, however, people in operational settings will find that “following” the book is difficult.

All too often, they’ve made the decision to do that, but haven’t chosen to achieve the improved results.

A decision is just a mental concept – often decisions are made by senior management and those same senior managers expect to see results from whatever it was they decided upon. Of course, their subordinates are measured against those new desired results so in an effort to look good to their bosses, they do whatever they can to make sure it looks like results are being achieved. Perhaps some improvement has been achieved too, but not as much as desired. Why?

The lack of choice is what’s holding them back. Choice requires that the entire organization does whatever is required to achieve the desired results. Why isn’t the choice made?

The ones making the decisions, senior management, are trying to cause change by edict. That only goes so far. People will make minor adjustments to what they do, but they will also remain within their own personal comfort zones. Changes of any major nature entail getting out of those comfort zones and people are afraid to do that. They might make a mistake, be punished for it, lose a bonus, etc. So they stay within their comfort zones while appearing to do things differently. When the results are not achieved, they can argue that they did their part and, without even blaming anyone else, they imply that others did not do their parts.

Middle-level managers are being held back by their budgets. Change requires doing something different and if that change idea comes along after the budget is approved, it may not happen for an entire budget cycle. After all, it might require funds that are not allocated. The irony is that even if the change will save them money in one area, they won’t spend it in another. For example, they won’t spend on training in reliability, if they don’t have the training budget, even if the training might result in reliability improvements that will save the training money many times over in failures avoided or production increases.

Accounting systems are only geared to measure what was spent and earned, not what wasn’t spent or not being earned. Sadly that means that even a great idea that will save a lot of money or avoid losses, is difficult to justify. Most managers will, therefore, do what they are expected to do – keep the boat steady and not rock it.

Meanwhile, the change leaders are trying to rock the boat and having little success in doing so.

That happens a lot, especially in larger and more bureaucratic organizations. It’s why they are typically slow to change and adapt. Smaller, more nimble companies, often with less constrained reporting are far more flexible and able to change more readily. But even they have their challenges. Like their bigger counterparts, they are not good at change and they have cultures that are rooted in the present state.

Culture is hard to change and it leads to a lot of excuses – the most common is, “that will never work here”. Culture is said to trump everything – logic, good reasons, good arguments, even strategy.

Part of what sustains culture is the system that the company uses to manage itself. If budgets and accounting against specific accounts are important than culture will resist doing anything counter to that. If people have been punished for taking risks that didn’t work out as hoped, then risk-taking is discouraged. Combine those two, as often is the case, and you get a company that just won’t change – at least not quickly. Indeed, nothing new will work there, at least not quickly.

There’s no shortage of writing and talk about change is critical to survival. It is. Yet companies and people don’t change – at least not enough. We are actually good at change when we choose it, but we are resistive to it when someone else calls the shots.

Knowing this is a start. Doing something about it requires new thinking and understandings. It requires the sort of help we get called to provide. Yet even when asked, our customers still resist. Sooner or later it catches up and they will listen, often long after they’ve spent or lost a lot more than they might have spent or lost had they acted sooner when their gut feels impelled them to call. Why wait?