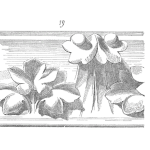 I had to learn a lot to become a transformer reliability leader. I have an engineering background and a transformer maintenance and testing background, but to be the practitioner I wanted to be I had to get educated. I sought out reliability knowledge. I found much of that knowledge through reading and research. It started with Google searches and Wikipedia articles, and it eventually led to half-a-dozen subscriptions to magazines and journals related to the field. It’s incredibly important to keep up-to-date with the industry and with reliability.

Here’s what I read then, and what I still read now on a regular basis:

Efficient Plant used to be called Maintenance Technology. It’s focused on achieving operational profitability. So, how do you get a plant to be efficient, in terms of transformer management? Well, if a transformer fails, the plant is not efficient, the plant is not running, or a line is not running. Efficient Plant always has something relevant in terms of efficiency.

I also get the IEEE Transactions on Reliability, published every quarter. It is an inch thick and it is full of technical papers, which I do not have the desire nor the capacity to read. I do, however, spend some time with IEEE Power and Energy Magazine. That publication is really for electric power professionals and it is not as technical as some of the other IEEE stuff.

Then there’s Plant Engineering. I have written for Plant Engineering before. I love their very practical approach. They publish what I call Fours and Sevens—as in the The Four Ways to do This or The Seven Ways to do That—and it’s all very hands-on. Their big feature this month is all about the future of electrical safety, which is an interesting and relevant read—safety is a big issue at the moment.

And then there’s Control Engineering, which always contains something relevant because so much of condition based monitoring is to do with controls networks. They control everything now, and to be a reliability practitioner you’d better know about control engineering.

Two important publications that contribute to the reliability Body of Knowledge (BoK) are Solutions, published by SMRP, and Uptime, published by Reliability Web. I have been able to apply principles written about in both of these publications. For the reliability professional, these are must reads. And then, lastly, is the International Maintenance Conference Journal, a publication that comes from an annual conference of the same name.

And there’s probably a half-dozen more that I haven’t even thought about. That’s a lot of reading and a lot of information to consume. I like to keep up to date with what’s happening. But is more information the same as valuable information?

There’s just so much coming at us… and this is just the printed information! Factor in email and social media and it is relentlessly approaching saturation. And that’s a problem. If I’m responsible for transformer maintenance or I work in risk management and I’m responsible for asset management of the highest risk assets we have, there is no way in a very short period of time to assimilate all of this knowledge.

Despite the glut of information, discussion on high voltage equipment—particularly transformers—is difficult to find in the literature.

For example, SDMyers is doing a study right now, alongside a major insurance company, on Generation Step-up Units (GSUs). GSUs take power and step up voltage to the grid. They are an incredibly important part of the system, probably the most important. Even wind farms have them. This joint study looks at maintenance and failure rates. We looked at failure rates in 20- to 30-year-old transformers and compared them to failure rates of 10- to 20-year-old transformers. We found that there’s about double the failure rate.

See how counterintuitive that is? From our perspective we see a higher failure rate in newer transformers. Nowhere in any of the magazines or journals (or anything that I get online) is that even said. It’s a significant problem that nobody is really writing about.

Well, I’m going to write about it.

We’re going to work with this insurance company, we’re going to do the research, and we’re going to tell people about the risk. Because it is a risk that can impact a lot of people who don’t even realize there even is a risk.

Transformers are not made like they were before, and this generation of equipment is likely to fail sooner than their older counterparts. But nobody’s writing about it! It is like transformers are just this thing behind the fence that nobody worries about.

Before my career is out, I’m going to be making a lot of noise about this issue. It’s not a hole in the dam that I can put my finger in… it seems like it is about to burst. We’re certainly hearing about it from the insurance companies. Yet I see nothing in the literature, nothing on the Internet, nothing in the magazines or journals or books about it. Even when I search for it, I don’t find anything that talks about this impending doom.

« Is the 5-Ys a Valid RCA Tool for Significant Events?
Discovering what Inherent Reliability is all about is as easy as watching a couple of raccoons! »