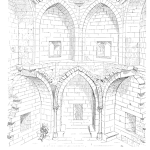 Once an ostrich sticks its head in the sand, any risk it might be facing is gone, right? Of course not!

I believe we are living – relative to electric system reliability – with what we call the ostrich effect. Most of us have our heads stuck in the sand. But guess what? The sand is crumbling, and the ostrich is starting to see things; things he can’t hide from anymore.

Why do we find reliability people with their heads in the sand? I think it is because we get so overwhelmed with the scope of change. It happens when a reliability professional or plant manager realizes that part of keeping the plant running is the one 500 kVA transformer that powers the line (or one of the lines) and it’s 35 years old… and there is no contingency plan for it.

Well, if you subscribe to the ostrich effect, you do nothing. You wait until it fails, blame everyone else, and look for a new job. I’ve seen it happen. I’ll never forget the person who stuck his head in the sand when we told him he had a critical alert on a transformer. Despite multiple phone calls saying that the transformer was going to imminently fail, and to DO SOMETHING, he kept ignoring the problem. When the transformer failed it was a $50 million loss. And that is not a typo. Six months later I got a call from him asking me if he could send me his resume.

Sometimes it is career defining.

Doing something is hard. Getting your head out of the sand means you have a lot of work ahead of you—you’ll be involved in a cultural change in the company. And it isn’t a simple process.

The good news is: it IS data-centric change. The bad news is: it IS data-centric change. You’ll have to manage old data, data that doesn’t integrate, new data coming in… it can be overwhelming. That’s where consultants come in. There are companies that can come in and help you determine which data to discard and which data to keep. The rule of thumb is that the most recent data is the most important data, because it is usually the most accurate. Data from 20 years ago doesn’t help, data from two years ago is very, very helpful. Add to that round-the-clock condition monitoring, and suddenly you have all this data and it’s not just coming in every year; it’s happening every thirty minutes, every hour, every day.

Many companies do some form of SWOT analysis—strengths, weaknesses, opportunities, and threats. Transformer reliability is not a strength and it’s not an opportunity, but it is a weakness and it is a big threat. It’s not going to increase revenue or decrease cost; it’s a risk factor that has to be mitigated. And that seems to be the one thing that companies like to spend least on. They love spending on their strengths, on new ideas, and on developing new products and services. They love taking advantage of new opportunities. Although they might try to mitigate their weaknesses to some extent as it relates to other competitors, they don’t like the idea of internal threats because of the risks associated with older equipment.

They don’t like to spend money on a legacy transformer.

Leadership can be resistant to change. They say, “we’ve avoided it for so long. Let’s just stick your head in the sand for another quarter, or another year.” So everyone sticks their heads in the sand and the poor guy responsible for reliability doesn’t know how to treat the threat that he can see on the horizon.

The good news is that insurance companies are doing it for us. They see the threat from the failure of transformers, they know that if you let a transformer fail then the cost of repair is likely eight times greater than maintaining it in the first place.

Many failures can be mitigated with very few maintenance dollars. What I am trying to preach is that extending the life of an aging fleet (and reducing the risk while you do it) is much better than just replacing units. Often that approach does not reduce risk, and it certainly doesn’t extend life. That aging fleet has got a lot of life left in it and if we get our heads out of the sand and start looking at what we need to do to preserve it, we might not have to send out resumes.

« Part 3: The 4 Basic Physical Failure Mechanisms of Component Failure: Overload
When it comes to Maintenance and Reliability, here’s how to avoid a (very expensive) trap… »