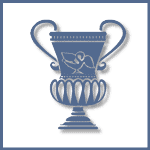 Fred Schenkelberg interviews Scott Abrams about his work and leadership in the field of reliability engineering and design.

Scott B. Abrams is the founder, president and chief executive officer of The Omnicon Group, a worldwide engineering leader in designing, developing and delivering high-reliability products and systems.

Engineers at The Omnicon Group have amassed more reliability awards than any other company in the world! Companies in safety, revenue and mission-critical industries, such as aerospace, communications, defense, energy, medical, and transportation, look to The Omnicon Group for innovative engineering solutions.

Scott’s lifelong interest in leadership and its relationship to a successful execution of complex advanced technology projects is highlighted by his active support of professional and educational organizations.

At the College of Engineering and Applied Sciences at Stony Brook University, Scott is a member of The Dean’s Council, the Electrical and Computer Engineering Department’s Industrial Advisory Board, and the Friends of Women in Science and Engineering Advisory Board.

In this episode, Scott discusses: