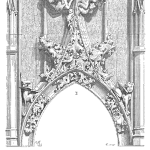 It is about that simple if any one product will survive to a specific time. Every product has a chance, not a guarantee. The time to failure for each product is a function of the use, stresses, assembly, latent defects or imperfections, and many other variables.

The result is generally unknown. And, we often establish a reliability goal that includes the probability of success. Keep in mind that a probability is only meaningful when defined over a specific duration.

If the product has one dominant failure mechanism and we are able to accurately relate the use and stress to the time of failure, then use that relationship directly rather than the random variable and distribution. Generally, products have many possible failure mechanisms completing to cause the product’s demise.

In school we learned the basics of probability and statistics.

We learned about the fairness of dice and the chance of specific playing cards being dealt. The same basic laws of mathematics govern the time to failure distributions used in reliability engineering.

We rarely use the normal distribution as products start at time zero and move toward plus infinity, rather than from negative to plus infinity. We can plot histograms of time to failure, determine the appropriate probability distribution function. With the life distribution, we can estimate when 1%, 10% or any percentile of products will fail. We can estimate how many will survive the warranty period or other duration of interest.

If we have a product goal of 99 of 100 should survive one year, that means that over that year we expect only one failure.

Any specific product has a 1 in 100 chance of failing, while 99 of the 100 should continue to operate over the entire year. The probability element comes into play as we do not know which one will fail nor exactly when it will fail.

If the product design, assembly and installation actually result in a 99% reliability (probability of success) over one year, and we have an estimate of the life distribution, we can estimate when during the year the first unit is likely to fail. For example, we may find there is a 0.5% chance of failure over the first 9 months, leaving 0.5% chance of failure the remaining 3 months of the year.

Life distributions do not have to provide constant failure rate over time.

It may be a mix of distributions as different groups of potential failures dominant. We often associate early life failures with manufacturing or transportation damage causing a subset of the total population of units to fail early. As whereat failure mechanisms become dominant the failure rate will increase over time.