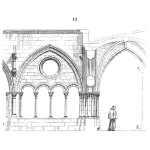 On the morning of July 19, a fire in CITGO’s Corpus Christi refinery injured a worker. The incident occurred in the alkylation unit of the refinery.

The refinery used Hydrogen Fluoride (HF) as a catalyst for alklyation .  Typically in the alkylation process, isobutane  and olefins are combined (in presence of HF) to produce a high-octane chemical used in premium gasoline.

The health hazards of HF are well known.

Exposure to HF at High Concentrations

Exposure to HF dermally (via skin) can destroy tissues and decalcify bones. Exposure of eyes to HF can lead to blindness.

Exposure to HF at Lower Concentrations

Exposure to HF at lower concentrations can manifest hours after exposure leading to tissue damage. Breathing low concentrations of HF can lead to pulmonary edema (fluid buildup lung leading to difficulty in breathing).

Alkylation can be performed using Sulfuric Acid (H2SO4) as a catalyst instead of HF. We know sulfuric acid is milder than HF. HF’s involvement in this incident in not clear at the moment but it raises few critical questions about HF usage.

Should refineries use H2SO4 instead of HF for alkylation? Is H2SO4  a safer option than HF?

Will H2SO4 usage reduce the magnitude of consequences in case of an incident?

Is it inherently safer to use H2SO4 instead of HF?