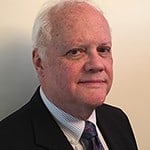 Working with product engineers to develop a reliability test early in a program can be a satisfying experience. My interactions with the product engineers are the most fruitful when there is mutual respect. I ask the product engineer questions about his goals, the product features, the supplier, and rely on his product expertise. I like to examine prototype parts and review an engineering drawing or the circuit diagrams.

A good example was when a product engineer, let’s call him Jim,  approached me to develop a safety switch reliability test.

A switch would be installed in a manual transmission vehicle to detect the clutch pedal state, i.e. free or fully depressed. The detection of the clutch pedal position was an essential safety function. The corporate standards required the safety switch reliability to be verified to 10 years or 100,000 miles of 95% customer usage at 90% confidence.

When asked about the likely failure modes, Jim responded that it would probably be contact wear, which would be a function of switch cycles. The switch cycles were considered functions of mileage rather than time, so the target focused on cycles in 100,000 miles. However, the switch was a complex electro mechanical device, which could have other failure modes.

The switch durability would be evaluated on a test fixture where a set of switches would be cycled. Jim needed to define the test target and the number of samples to be tested. How were other similar switches tested? Jim indicated that on some vehicles the swith target was 2,000,000 cycles. Were there any other vehicles with similar switches? Yes, the switch target for another type of vehicle were cycled 500,000 times. This is a broad range so the dilemma is how to select a target? What about the customer? Jim didn’t have any idea how many times the customer would used the clutch and indirectly the switch.

Luckily, there was vehicle duty cycle data for clutch operation. Vehicles had been instrumented and operated in an urban-suburban environment with a mix of road types. The clutch duty cycle data consisted of counts of clutch usage vs. mileage. The data was already analyzed to determine the 95th percentile clutch usage at 90% confidence and projected to 100,000 miles. After comparing different types of vehicles, a reasonable target was 850,000 cycles.

This target was contained nicely within the testing targets currently used, but one has to step back and question the reasonableness of the target. In what situation would a clutch experience 850,000 cycles in 100,000 miles? Consider an urban area, like Queens, N.Y.; with heavy traffic most of the day. Would it be reasonable to use a clutch 8.5 times per mile? At the time, a common manual transmission had 4 forward gears. While accelerating to traffic speed, the clutch would be used for starting in first, shifting to second, to third, and to fourth gears. Just getting up to speed involves four clutch uses. Similarly when dropping down in speed for a total count of about 8 shifts. If you travel in a congested urban area, traffic may easily start and stop over a distance of a mile. This could easily represent a 95% customer usage, considering the whole country, so the 850,000 cycles was accepted as a validation target. Sometimes this target is called a life, or the test bogy.

For a reliability test to bogy, one needs to define the sample size, which is a function of the minimum reliability and confidence to be demonstrated. For a minimum of 95% reliability at 90% confidence, using the success run equation, 45 test samples need to survive 850,000 cycles without failure. Jim then informed me that the supplier’s test fixture could accept only 12 parts at a time. This implied that there could be 4 groups of parts, each tested to 850,000 cycles. This is equivalent to occupying the test fixture for 3,400,000 cycles. Was there an alternative test plan?

I recommended that 12 parts be cycled for multiple bogies in an extended test. From extended bogy test methods, the target was now 2,400,000 cycles. The total number of cycles required of the test fixture is reduced. Only 12 parts were required. These parts would be cycled for almost 3 lives. If any wear-out failure modes existed between 850,000 and 2,400,000 cycles then they could be detected. The 2,400,000 cycles could would take less than 16 weeks of testing.

Jim and the supplier started cycle testing 12 parts. At about 650,000 cycles, the first switch failure occurred. Our reaction plan was to continue testing to determine other failure modes while doing a root cause analysis on the failed part. An internal spring had experienced a fatigue failure. This was easily corrected with a redesigned spring. The second failure occurred at 2,400,000 cycles. The spring was abraded by rubbing against a part made with glass embedded plastic. It was hypothesized that the glass shards abraded the spring.

Switches with the improved spring and plastic part without glass, were retested and had survived to over 4,000,000 cycles without failures. The improvements cost almost nothing so the supplier adsorbed the cost. The switch had no field warranty.