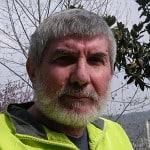 Mens Sana in Corpore Sano (A Sound Mind in a Sound Body).

It could also be translated that quality of life is more important than the span of life, the number of years you live.

Or that medicine’s task is not to add years to your life but the life to your years.

And it might also be that such a formula for life – originally a Juvenal’s wish or prayer – is much more ancient than its Latin transcription.

Mostly in the western hemisphere, and where the western ways of living are more accepted, there’s a lot of knowledge, experience, skills, even culture, that are laid to waste.  Let me explain:

Many people retire due to age.  Many people are made to retire because of redundant work-places or because governments encourage employers to hire young, unexperienced employees / manpower because of tax reduction or other reasons.  In one way or another, the wealth of knowledge, experience and skills go away when older folks leave.

Nothing against the newcomers, of course: they are very updated with the latest knowledge of their disciplines, and of the intrinsic technology tools.

But they lack experience.

Junior generations are probably the most fertile ground for innovative projects but – as we’ll see in a few lines – they lack what their seniors would define as “walking on solid ground”.

It’s typical of youth to think that everything’s possible, that any thing can be accomplished and at almost no risk.

Almost: they lack the knowledge of failures and their cost.

On broad terms, of course: if this can be a rule, it can only be generic; however, it gives the temperature of the difference between seniors’ and juniors’ approach.

According to Historians, Julius Caesar pronounced – what later became almost a battle hymn – Alea Jacta Est (The Die Is Cast) in 49 B.C.

But we’ve to be aware that Caesar’s term alea refers die only in terms of probability, we’d rather use the word dice, instead, as in Marquis de Laplace’s A Philosophical Essay on Probabilities.

When Caesar addresses his troops, he’s in front of the Rubicon river, a border, and he’s well aware that once he’d crossed it, he would have declared war to Rome, he will have Rome against him.

He’s aware of the risks he will incur into but the decision has been taken, the die was cast, for the good or for the bad.

Veni, Vidi, Vici (I Came, I Saw, I Conquered) was what Caesar wrote to the Roman Senate some three years later the die had been cast.

Here, too, the origins of both sentences might be much more ancient than Caesar’s; but, if we read them together we find what’s the essence of risk management.
That is, from risk management planning to risk assessment to risk evaluation to risk reduction or elimination.

In many cases, employers believe they can do without seniors.  Why?  They are slow to learn new technologies.  They cuddle the company as if it was their own nephew, and so on.

In such cases, employers – and their managers – run a severe, under-valued risk specifically to deprive the company of very valuable resources in times of crisis, that is when risks have to be detected and fought with the utmost energy.  This risk is even greater if the social impacts are considered.  Seniors, both men and women, who spent their lives working, often very committed to their company or employer, are left without a job.

They feel redundant also in the society, non only in the company.

Those who get away with part-time jobs are the lucky ones even if they are not paid.
But not everybody is ready to volunteer to care for babies, elders, or the disabled.

Why not make good use of the knowledge, experience, and skills accumulated in decades of work, therefore?

No one can ever know any company better than a man or a woman who long worked in it.
And if we think that risk auditors / assessors should be all muscles, body-build, super-heroes, we are very wrong.  The best inspectors we read of in crime stories were grizzled veterans..

I would therefore suggest any company owner or manager truly wanting to campaign against organization breaking risks to consider – at least – to propose that seniors become trusted advisors so their knowledge and wisdom can be retained.

Everyone wins.  The organization retains its knowledge.  Seniors feel valued for their contributions.