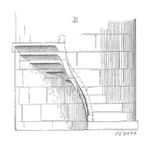 Root Cause Analysis is a step by step method that leads to the discovery of a fault’s first or root cause. Every equipment failure happens for a number of reasons. There is a definite progression of actions and consequences that lead to a failure. An RCA investigation traces the cause and effect trail from the end failure back to the root cause. Much like a detective solving a crime.

Overview of the RCA Process

The method brings a team of 3 to 6 knowledgeable people together to investigate the failure using evidence left behind from the fault. The team brainstorms to find as many causes of the fault as possible. By using what evidence remained after the fault, and through discussions with people involved in the incident, all the non-contributing causes are removed and the contributing causes retained.

A fault tree is constructed starting with the final failure and progressively tracing each cause that led to the previous cause. This continues till the trail can be traced back no further. Each result of a cause must clearly flow from its predecessor (the one before it). If it is clear that a step is missing between causes it is added in and evidence looked for to support its presence.

Once the fault tree is completed and checked for logical flow the team then determines what changes to make to prevent the sequence of causes and consequences from again occurring.

Preventing Reoccurrence of the Failure

It is not necessary to prevent the first, or root cause, from happening. It is merely necessary to break the chain of events at any point and the final failure cannot occur. Often the fault tree leads to an initial design problem. In such a case redesign is necessary. Where the fault tree leads back to a failure of procedures it is necessary to either address the procedural weakness or to install a method to protect against the damage caused by the procedural failure. Below is a sample fault tree for the moral story of the kingdom lost because of a missing horseshoe nail.

An RCA Example with Cause Tree

The story is told that before an important battle a king sent his horse with a groomsman to the blacksmith for shoeing. But the blacksmith had used all the nails shoeing the knight’s horses for battle and was one short. The groomsman tells the blacksmith to do as good a job as he can. But the blacksmith warns him that the missing nail may allow the shoe to come off. The king rides into battle not knowing of the missing horseshoe nail. In the midst of the battle he rides toward the enemy. As he approaches them the horseshoe comes off the horse’s hoof causing it to stumble and the king falls to the ground. The enemy is quickly onto him and kills him. The king’s troops see the death, give up the fight and retreat. The enemy surges onto the city and captures the kingdom. The kingdom is lost because of a missing horseshoe nail.

The cause tree explains step-by-step how the events leading to the king’s death unfolded. Notice that two separate event ‘branches’ had to occur together for the sequence to continue to the fateful end. If any of the causes could have been prevented then the kingdom would have been safe.