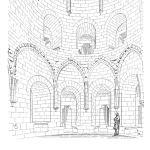 I went to Washington recently to represent the SMRP Government Relations Smart Grid Committee, of which I am now the chair. I was there with other folks from SMRP to talk about the smart grid, and we ended up talking a lot about safety. The Society for Maintenance and Reliability Professionals—the fastest growing reliability organization in the world—is about to become an OSHA Alliance organization. That’s a big deal, because there are only a few organizations in the alliance and you have to jump through a lot of hoops to get in. SMRP has done that.

During one of those conversations I raised an issue about how we discuss the smart grid: the use of the word “smart.” Because “smart” in this context refers to machines, computers, and technology, whereas to me “smart” refers to the people who are running the systems.

And we are losing the smart people by the boatload.

Ever heard of the rule of 85? Add up your age and the number of years you’ve been with the company and you get to 85. That’s when you can retire. We’re seeing smart people retiring in droves. It’s not just a boomer thing—it’s the back end of the boomers, too. The next generation is filling the gaps, but we are losing that “smart,” that knowledge that takes an entire career to accumulate and to cultivate.

I brought up this idea to the OSHA occupational safety hazards guy and he said, “well, that’s interesting. How do you think that knowledge loss will affect safety?”

Culture change is hard, but it can be done. One of the things we know is that occupational safety began with calls for organizational culture change. If you go to any industrial organization, any place that might have an unsafe environment—even to a place like an office where you don’t really think of safety—any environment with a machine that’s moving, and the number one thing I’ve always seen everybody agrees on is this: Safety First.

It’s been said that Stan Myers, the founder of our company, would only fire you for two things: one of them was committing an egregious immoral act. The other was not making certain you were grounded when you walked into a substation. That’s an interesting thing, isn’t it? Because if you don’t ground, you will be the ground and the conduit. You’re going to get electrocuted, and you’re going to get hurt badly or even die. And so, consequently, culture change relative to safety has happened over and over and is now ubiquitous both at our organization and at most organizations throughout the high-voltage world.

Soon, we will have a whole next generation coming up that has to catch up on behavioral safety things; they’re yet to learn what our retiring experts know about substation safety.

So, it dawned on me, as I discussed these safety issues, that we need to talk about high-voltage reliability in the same way we do about safety. It needs to become ubiquitous. Ask anyone at a plant, “who is responsible for safety?” You are likely to hear, “everybody, from the janitor to the maintenance tech to the CEO.”

Ask, “who is responsible for the reliability of the plant?” You will likely get a variety of different answers, but it will not likely be, “everybody”. But It should be. From asset design, purchasing, installation, risk management, operations and maintenance—everybody who touches the system—they are all responsible for reliability. But we have treated reliability like it’s part of the maintenance group not a critical function of the entire organization.