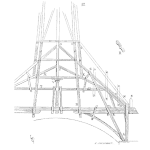 Everyone working in a decision-making role has at least an intuitive understanding of the concept of opportunity costs-the value of the thing you didn’t choose. Simply stated, when you say ‘Yes’ to one thing, you simultaneously say ‘No’ to everything else you could have chosen instead. And those things to which you say ‘No’ have a value that you’re relinquishing. When I was a teenager, I heard an older gentleman quip, “When I said ‘I do’ to my wife, I was also saying ‘I don’t’ to all the other girls out there”. That man understood opportunity cost.

Economists such as Jeffrey Perloff of the University of California define opportunity cost as the value of the best alternative use of a resource1. Resources may include money, a vehicle, an available labor pool, an assembly line, or anything else that has value in the marketplace. A clear understanding of opportunity cost gives merit to the adage, “There’s no such thing as a free lunch.” While the accounting cost of a meal may be zero, the opportunity costs of eating that “free lunch” includes your time and attention, which of course could be spent elsewhere.

This concept of opportunity cost has broad-reaching applications throughout business and engineering management. I recently sat on a committee for instance, where we were comparing the pros and cons of two very different automated inspection technologies. The allocated budget and floor space only allowed for us to choose one or neither of these technologies, but we could not choose both. In our evaluation process, we considered the systems’ strengths and weaknesses, potential savings, learning curves, and other factors. In the end, we choose one of the technologies with the full knowledge of its opportunity costs, namely, the potential applications and savings of the system that we didn’t choose.

This concept became clear to me during a microeconomics class I took in graduate school. The professor explained a scenario in which a man inherits a one-acre plot of land. He decides to pursue his life-long dream of opening a mini-golf course. In the man’s first year of operation, he spends $100,000 setting up and operating the course, and earns $150,000 in revenues by selling tickets to play the course.  Then the professor posed the question, “Did the man make a good business decision?” On the surface, this looks obvious: The man started with a free piece of land. He then spent $100,000 and earned $150,000 in the same year yielding an accounting profit of $50,000. Bravo! However, you cannot determine whether he made a good decision until you understand the man’s opportunity cost of opening his golf course.

Suppose that the one acre of land this man inherited was located in central Manhattan. Even though a one-acre saleable piece of land doesn’t exist in Manhattan, real estate pundits theorize that such a piece of property would be worth $50 billion2. So, the best alternative use of this resource may have been to sell the land to a real estate developer. Even selling this land at the low end of its estimated value, and investing the proceeds at a modest 1% interest would yield a foregone benefit to the man of $500 million per year. I sure hope he enjoys mini-golf.

The key take-away from the notion of opportunity cost is that choices are never made in isolation, but in the context of all other available choices.

Weighing out one’s opportunity costs has immediate applications in the area of time management, where every minute of a busy professional’s workday is a commodity. President Dwight Eisenhower, brigadier general and productivity master, is reported to have said, “What is important is seldom urgent, and what is urgent is seldom important.” This epigram is the underpinning of the time management strategy called the Eisenhower Matrix, popularized in the 1990’s by leadership guru, Stephen Covey3.

The Eisenhower Matrix helps decision makers classify activities by their relative urgency and importance. By graphically separating those activities with the greatest urgency and importance from those with the least, the opportunity costs for those options quickly come to light. Figure 1 illustrates a sample Eisenhower Matrix for a manufacturing quality manager. The shading over the matrix shows how the opportunity costs are highest when one selects low importance/low urgency activities. Those costs decline as the importance and urgency for the various activities increase.

The key to applying the concept of opportunity cost to your career and personal life is to realize that your resources are limited. By focusing those finite resources on the things that matter most, your life and career become more rewarding and productive.