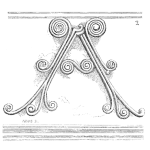 The Street Railway Journal, later renamed the Electric Railway Journal was published from 1884 until 1931.  The first 1884 volume described the reason for the journal’s existence, to serve the streetcar industry better than journals focusing on heavy rail. In 1884 it was most common for horses to pull street cars on fixed rails.  The importance of animal power was reflected in the articles about managing animals and many advertisements for grooming machines, traces, harnesses, and cures for horse colic.  A rarer method of motive power was a steam engine that drove an underground tow cable.  The second 1884 volume reported several experiments in using electric motors to power the cable instead of steam.

Reviews of the first two decades of this journal do not reveal frequent or significant discussions about maintenance and reliability practices.  Instead, the earlier editions focus on innovation and adoption of new technology as the technical systems for power generation and electric motors matured.  Electric street cars became more common during the 1890s.  Managers, engineers, electricians, and mechanics began to compare their repair frequencies and maintenance costs.  A reliability culture developed that was reflected in the articles of the later editions of what was now the Electric Railway Journal.  The March and April 1915 editions contain several good descriptions of maintenance management systems for electric railways in Chicago’s Elevated Railroad, Milwaukee Electric Railway and Light Company, and the New York, Westchester, & Boston line.

The Chicago shop practice article begins on page 551 and shows examples of handwritten shop papers, and describes testing stations for motors, compressors, control units, and cables.  The last section describes the use of a visual failure reporting system.

The subtitle of the article is “Some of the Practices and Kinks Employed in Removing the Causes of Equipment Defects and Reducing Maintenance Costs.” The introduction cites a “general policy of removing the cause of defects.” Defect elimination and quality inspection were repeated themes.

The final section titled “Trouble Board Record” detailed a visual method of tracking failures.  The board was a matrix of hooks for small tags representing failure events.  The matrix categorized repeated defects by individual car and equipment subassembly.  The reasoning should be familiar to reliability engineers and maintenance managers:

Its purpose primarily was to obtain a record of troubles at each division headquarters, so that incipient defects might be cared for and a special effort made to remedy the cause of defects which occur in the same equipment more than once…The number of tags on a trouble board is an indication of the repair force efficiency, and at the same time the trouble-detecting ability of the various inspectors may be readily observed by the way in which they keep the board clear of tags.  (p.  555)

The intent of this visual KPI system was not simple repair management, but to highlight both failure detection and failure elimination.  The board shows that eliminating chronic failures was part of this shop’s normal workflow, literally, a reliability program from 1915.

A similar article only six pages later describes the railway semaphore signal system and shift maintenance organization of the New York, Westchester, & Boston Railway.  The subtitle of this article reported high system reliability in the subtitle:  “…Ten Men Maintain Four Interlocking Plants and 110 Semaphore Signals at an Efficiency of 99.995 Per Cent.”  The maintenance department checked the signal devices at specific intervals using standard job instructions.  Report forms were also standard.  An example of a failure report was printed on page 565.  Failure reports were correlated with operational reports of train delays, so that the causes of train delays could be assigned.  In 1914, the signal department reported 204 failures, and calculated 4,200,000 signal movements for the year based on the train schedules.  This is how the authors come to quote reliability or “efficiency” of 99.995%.  The article did not use the term reliability, but an editorial summarizing the article did:

…the Westchester line’s operating record of 20,000 signal movements per failure is far beyond the corresponding figure of 4000 or 5000 that may be expected on an interurban line.  Still more important is the fact that, during the road’s three years of operation, involving some 11,000,000 signal movements, no false-clear indication has occurred.  Whether improved reliability of signals is worth additional expense for maintenance is, of course, a question of considerable magnitude, and it has to be decided on the merits of each particular case.  But the fact seems to be clearly established that improved reliability is practicable if a railway company desires it and that it does not by any means involve a prohibitive expense.  (p.  540)

The editors refer to an expected failure rate, although they do not describe how they arrived at the estimate.  The subject of failure rates must have been explored already by this point in time.

The maintenance cycle provided inspections and lubrication every 1000 miles.  At the 15,000-mile point an intermediate inspection included measurement of the wheel flanges and several other measurements with wear gages, and a check of the pneumatic system governor and relief valve.  A general overhaul was scheduled at 45,000 miles.  The article also described Milwaukee’s planning system, shop organization, and records keeping.  The shop also used visual work cards placed on the body of the car to mark necessary work during an overhaul.

By 1915, the electric streetcar industry had a continuing interest in improving reliability, preventing breakdowns, eliminating defects, minimizing capital needed to buy extra cars, and controlling costs at the subassembly level.

At the time these articles were published, Ford’s Model T production system had been operating for several years and could produce a vehicle in under 2 hours.  Within seven years, the Model T system was producing over a million automobiles a year, coinciding with the peak of the New York, Westchester, & Boston’s ridership and the beginning of the end for this system of transportation and its need for reliability engineering.

Railway signalling, like street car propulsion, passed through an electrification phase.  The beginning of railway signalling was a man standing by the track swinging an oil lamp.  Later, remote cable actuation was used, which extended the signalling distance to several hundred yards.  Electric signals were patented as early as 1848, but became common surprisingly late in history, as late as the 1950s according to the hobbiest site signalbox.org.  The age of rail expansion and growth was dominated by signalling using physical cables and pivot points.  These required cleaning, lubrication, and testing.  We can read a description of the maintenance organization required in Gibson’s work “The Working and Management of an English Railway” which in 1895 was already on its second edition (and would eventually be published as a sixth edition).  Beginning on page 81:

The signalling of the London and North-Western Railway as it exists to-day has involved the erection of 1,400 signal cabins, containing some 30,000 levers, and of 16,000 signals.

The maintenance of all this complicated array of signals and interlocking apparatus, over upwards of 1,8oo miles of railway, is in itself a work of great magnitude, and one requiring the closest and most anxious attention, having regard to the consequences that might result from a single point rod breaking or getting out of gear ; or from a single signal arm failing to respond to the action of the lever.  For the purposes of maintenance, the entire system is divided into eleven districts, each of which is in charge of an inspector, these eleven inspectors being assisted by twenty-one sub-inspectors and foremen, and having under their orders sixty-eight chargemen and 430 workmen.  The districts are sub-divided into lengths, and each length is placed in charge of a “chargeman” and an assistant, who visit every signal cabin on their length once a fortnight, clean and oil the fittings of each signal and point, execute any small repairs or renewals that may be required, and which it is possible to carry out during their visit, and report to the inspector of the district any repairs or renewals which they may find to be necessary, but which they are unable to deal with upon the spot.  In every signal cabin the name and private address of the chargeman who is responsible for it is posted, and it is the duty of the signalman to report to him every failure or defect that may become apparent during the intervals of his visits, sending at the same time a duplicate of the report to the inspector of the district.

In addition to this, every cabin is visited once a month by a fitter and his assistant, whose duty it is to carefully examine, clean, oil and, if necessary, repair the locking apparatus, particulars of the work done being entered in a monthly report, which is sent through the district inspector to the head office at Crewe.