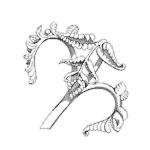 Transient Markov process models use age-specific (actuarial) failure rate estimates, by failure mode, if there are several failure modes. Reliability people should use age-specific failure rate estimates to estimate age-specific availability, mission reliability, and to recommend spares, plan maintenance and do risk analyses. Epidemiologists should use them to estimate actuarial death and recovery rates, as “survival” functions of time since infection, to estimate Ro, to make forecasts, and to evaluate treatments and interventions.

Three SIR differential equations describe a continuous-time Markov process, because the constant transition rates imply the memoryless property of exponential distributions. It is easy to approximate continuous time Markov processes with Markov chains and vice-versa. However, solving differential equation models is not easy [George 1973], even if transition rates are constant. Transient Markov chains can represent or approximate processes with age-dependent transition rates, such as COVID-19 or systems or parts with age-specific failure rates.

Periodic case, recovery, and death counts are statistically sufficient to make nonparametric estimates of joint survival functions and actuarial death and recovery transition rates. Actuarial death or recovery rates are analogous to age-specific failure rates of systems with more than one failure mode. This is known in reliability as a “competing-risk” model, https://www.itl.nist.gov/div898/handbook/apr/section1/apr181.htm. The NIST article assumes independent failure modes, so that failure-mode rates could be added to estimate system failure rates, as in MTBF prediction.

Periodic ships (installed base), and failure counts by failure mode are statistically sufficient to make nonparametric estimates of joint reliability and actuarial failure rate functions. This article shows how to simultaneously estimate competing mode actuarial death and recovery rates, without life data and without assuming independence. You could apply these estimates to a transient Markov chain approximation of SIR model of multiple, competing-risk failure modes, for estimating age-dependent availability, mission reliability, and plan maintenance. This article also shows that the competing risks of COVID-19 death or recovery are not independent. Do your products’ parts’ have independent competing-risk failure modes?

The SIR model could describe counts as nonstationary Poisson cases (infections) split proportional to CFR (Case Fatality Rate = deaths/cases) into two conditional M(t)/G/Infinity self-service systems with service time distribution G(t). It is difficult to challenge the assumption of nonstationary Poisson infections from case, infections, or cohort counts, because each cohort is a sample of size one. The outputs of M(t)/G/Infinity self-service systems are Poisson [George and Agrawal] even if split into several failure modes. (G stands for the service time distributions G(t|dead) or G(t|recovery).

Simultaneously estimate CFR and the service-time distributions G(t|Dead) and G(t|Recover) to maximize log likelihood of the product PPoisson[l(t)*CFR*G(t; Dead);D(t)]*PPoisson[l(t)*(1-CFR)*G(t; Recover); R(t)], where D(t) is the number of deaths, R(t) is the number of recoveries in time interval t, and the l(t) are the observed cohort infected case counts; t=1,2,…,end of data. The least-squares estimates minimize the sums of squared errors between observed deaths and recoveries and actuarial forecasts (hindcasts) as functions of the joint survival functions for each failure mode.

Corona virus has two “failure” modes: death or recovery. Table 1 shows typical epidemic data: periodic, cumulative case, death, and recovery counts. The data are from Democratic Republic of Congo in 2020. These data are statistically sufficient to make simultaneous nonparametric estimates of “survival” functions, conditional on death or recovery. The simultaneous survival function estimates are not the same as independent survival function estimates!

Tables 2 shows the results of alternative estimation assumptions: independent (NIST) vs. dependent. It shows that dependence (columns 2 and 3) matters. The dependent “Recovery” survival function estimate captures information from later months that is not evident in the independent survival function estimate in column 5, which is influenced by 0 recoveries reported in March 2020. That may have been reporting error.

The “survival” function and actuarial transition rates estimated simultaneously from observed case, recovery and death counts are dependent, because they differ from the independently estimated survival functions. This requires alternative methods to represent dependence [Lagerås]. Not only are actuarial transition rate estimates dependent, using case, recovery, and death counts and other factors to estimate transition actuarial rates captures dependence on other time related factors in hospital infections [Cooper and Lipsitch].

Tables 3 and figure 1 show the results of alternative estimation methods: least squares vs. maximum likelihood. The results of the methods differ, and I don’t have explanation. Your choice should depend on what you want to use the estimates for and on the uncertainties induced by the methods on your results.

In a future article on uncertainty, I will try to deal with the estimation-method-induced uncertainty. Which method to use depends on application of results. For example, using the simultaneous least squares actuarial-rate estimates in transient Markov forecasts. Using maximum likelihood actuarial rate estimates in transient Markov chains means that forecasts will also be maximum likelihood forecasts.

There are several R-program packages for Markov chains. [Ferguson et al., Araújo et al.] They do not explicitly deal with age-dependent transition probabilities. Your Markov models should include actuarial transition rates, because products have infant mortality, wearout, and attrition or retirement. Imbedded software may be updated. Other events also change failure rates and Markov transition rates. Transient Markov processes with age-dependent transition rates expand the state space and call for tedious computations, especially if there are multiple failure modes. There are alternatives. [Bucholz and Sanders, Marquez et al.] I am working on them.

Previous article, https://accendoreliability.com/markov-approximation-to-standby-system-reliability/, shows how to expand a simple availability Markov chain into a transient Markov chain incorporating age-dependent (actuarial) transition (failure) rate estimates. If there is more than one failure mode, then the (actuarial) transition (failure) rates, by failure mode, should be simultaneously estimated and incorporated into a transient Markov chain.

This article shows how to estimate actuarial recovery and death rates simultaneously from case, recovery, and death counts. Estimate P[Time to death > s|Death] and P[Time to recovery > t|Recover] simultaneously. (The estimates may be dependent, even if the random variables Time-to-Death and Time-to Recovery are conditionally independent.}