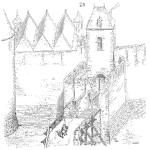 Consider these Experiences when making a Selection

What you will learn from this article:

Ultrasonic level detectors (ULD’s) work on the principle of measuring the time delay between emitted high-frequency sound and its reflection from a surface. In many applications, these devices have been used successfully as level detectors.

However in the situations discussed below they did not give satisfactory long-term service.

One application that proved difficult for the model of ULD selected was in measuring the level of powdered product in vertical silos.

It appeared that the dust created during filling caused interference with the reflections and resulted in false level readings. The dust also coated the surface of the detector, thereby causing intermittent spurious readings during the normal operating mode.

A further complication that occurred in the silo was the inversion of the product surface shape. This situation arose because the product experienced core flow as it was removed from the bottom of the silo. 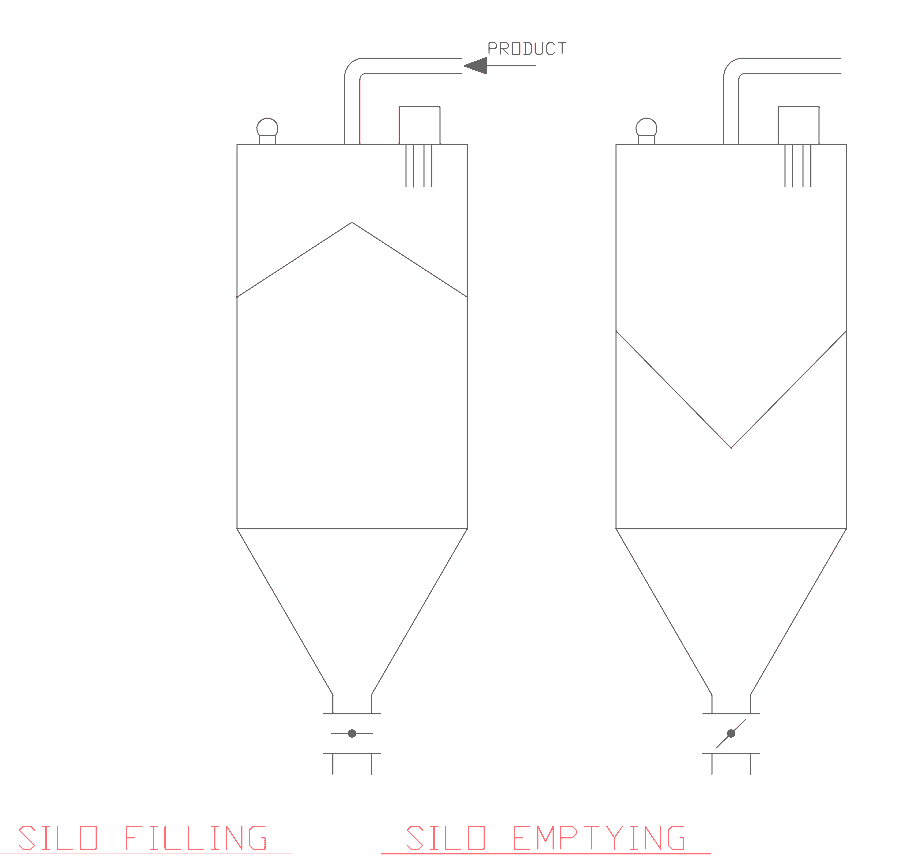 Drawing No 1. Ultrasonic level detector in a silo.

Figure No. 1 highlights the change in surface geometry from conical pyramid to inverted cone as the product was removed from the bottom of the silo.

Fictitious levels have been experienced when ULD’s were installed in the roof of a flat roof, liquid storage tank.

The same model sensor, when used in the roof of a conical roof liquid storage tank, produced reliable results. Figure No. 2 shows a method that proved successful in overcoming the spurious results. It was to mount the sensor at the apex of a fabricated cone sitting over the tank manway entrance. 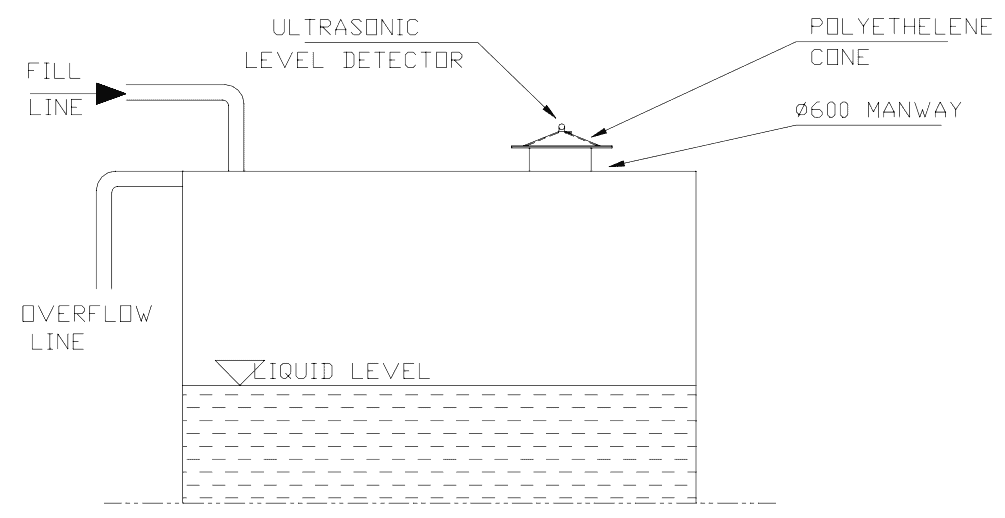 Figure No. 2. Ultrasonic level detector in a flat top roof

When the same cone mounted sensor idea was used on a flat top reactor vessel the results were mixed. The major difference between applications was that the liquid surface in the storage tank was still, while in the reactor the liquid surface was undulating and turbulent with a great deal of vapor generation.

This environment did not appear suited to the use of ULD’s. Putting the detector at the top of a dip pipe may have improved the situation by removing the turbulence and reducing some of the generated vapor.

One consideration that affects the selection of instrumentation in direct contact with process chemicals is the compatibility of the materials of construction with the product being monitored.

The use of one manufacturer’s ULD to measure the liquid level in storage tanks for 30% hydrochloric acid (HCL) eventually resulted in the detector’s plastic housing dissolving from acid attack. The plastic used for the housing was not suited for long-term application in HCL vapors.

The ULD in the flat top reactor previously mentioned had an operating temperature limitation of 70o C. The process involved mixing chemicals with HCL during which the high temperature generated from the reaction was to be cooled to 50o C through a heat exchanger.

The manufacturer’s specifications were apparently satisfied. However, the local temperature at the surface of the liquid in the reactor was higher than the design temperature of the bulk liquid and it was to this temperature which the ULD was exposed. Not long into service, the ULD was removed due to chemical attack from the vapors aggravated by the high temperature in the reactor.

A better selection would have been made had consideration been given to the local environment in which the equipment and its housing were located and not the expected average conditions.

Since ULD’s require sound to be transmitted and reflected they will only operate in environments which contain sound transmitting atmosphere.

As such they will not be reliable in a process conducted under vacuum conditions.

The pulse emitted from a ULD will be reflected back by any object in its path. If there are internal structures in a tank below the ULD they will reflect the pulse and produce a false signal.

Relocate the ULD to a place where there is clear space below it.

It is necessary to check and calibrate the high and low levels and the span when the ULD is in its final position.

With tanks, this is done by filling them with water and physically dipping and measuring the levels and comparing results. In situations where water cannot be used it may be possible to use the product and dip it or take the ULD to a ‘dummy’ test set-up on another item of equipment where water can be used and then replace it back in its required position.

« Risk Treatment Strategies
How Do You Select Reliability Tasks to Accomplish? »