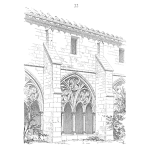 The definition of the term “reliability” begins by specifying that reliability is a probability.  Therefore, the concept of a probability, while sometimes intimidating to reliability practitioners, is fundamentally important.

Probability can be defined as the extent to which an event is likely to occur. Just as an average is a measure of central tendency, probability is a measure of uncertainty in a particular event or outcome. That’s all … Nothing intimidating here.

Two important characteristics help identify what probability is and what it is not. The first is that a probability is a real number between 0 and 1. From our uncertainty perspective, we typically associate zero with complete uncertainty and one with complete certainty. Every other level of uncertainty lies between these two limits. The second characteristic is that the sum of all possible probabilities relative to an event is equal to one. In other words, something will certainly happen.

With the definition of probability and a couple of its important characteristics, let’s look at how probabilities are calculated. In many introductory courses/textbooks on probability, the calculation of probability is explained using a coin flip, or the roll of a dice, or maybe the drawing of a card from a deck of playing cards. These are common everyday objects so they make good visual models to help understand probability calculations.

Let’s consider a standard 6-sided die. The sides of the die are labeled with numbers 1 through 6. We consider a die to be “fair” when each side has the same probability of resulting when the die is rolled. We calculate a probability by counting the number of events of interest and dividing that number by the total number of possible events. For example, the probability of rolling a 4 on a single roll is 1/6 because there is one 4 (our event of interest) and there are 6 possible events (1 through 6).

That calculation is simple enough except that it mixes two important concepts. Probability is a measure of uncertainty. But the count of events of interest (a single 4) and the count of possible events (6 events) are counts or frequencies. There is no uncertainty in these values. We made our probability calculation by determining the relative frequency of 4’s on a 6-sided die.

Rather than using counts (frequencies), we should use the properties of a probability if we want to calculate a probability. We have a 6-sided die so the only results possible from a roll of the die are the numbers 1 through 6. We know the sum of the probabilities of all possible results is 1 and therefore, we can write the following simple equation:

where P(x) represents the probability of event “x”.

Solving for the probability of rolling a 4 gives:

We get the same answer for the probability of rolling a 4 so what’s the big deal? The big deal is that the initial process using frequencies, gets the correct result only because it’s a fair die, not because we followed the rules of probability. We can see the downside of using frequencies by changing the example slightly and reworking it.

However, if we use our probability property that the sum of the probabilities of all the possible results is one, then we get:

The actual probability of rolling a 4, in this example, is 1/7 and not the 1/6 that we calculated using frequencies. Using the frequency concept violates a basic property of probabilities that the sum of the probabilities of all the possible results must equal 1.

« Proactive Risk Management: Why Is It So Tough?
Forecast Parts’ Demands, Without Life Data, for a Nonstationary Process »