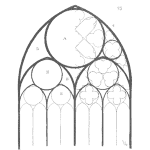 How is failure testing done on the Space Station? Could FTA (Fault Tree Analysis) be used in reverse to detect multiple failures given symptoms? That’s what NASA was programming in the 1990s. I proposed that the ratios P[part failure]/(part test time) be used to optimally sequence tests. Those ratios work if there are multiple failures, as long as failure rates are constant and failure times are statistically independent.

FTA computer programs produce a fault tree, a list of “minimal” cut sets that tell which Basic Events occurring together cause the Top Event, and upper bounds on system failure rates (assuming constant Basic Event rates). [See www.ftaassociates.com for more than you ever wanted to know about FTA.]

Don Olmsted was project manager for a flywheel-powered bus in Los Angeles: A BIG FLYWHEEL https://en.wikipedia.org/wiki/Gyrobus. The flywheel was being tested in a jet engine test cell when the flywheel exploded and essentially cleaned out the test cell. Fortunately, no one was in the test cell. Don called and asked me to help diagnose the failure. I made a fault tree of the flywheel test system particularly its cooling system, including parts’ failure rates. I ran the FTDS computer program on the fault tree and failure symptoms. The computer program diagnosed the most probable failure cause was a coolant check valve. It probably was installed backwards.

FTDS stands for Fault Tree Diagnostic System. FTDS tells which parts cause symptoms and their timing given the fault tree and some timing information [David Iverson and Ann Patterson-Hine]. FTDS is like reverse fault tree analysis: given a fault tree, basic event failure rates, and failed system symptoms, FTDS outputs the probable cause of the system failure, including multiple causes.

When field service engineers go to customer sites to service equipment, they want to diagnose and repair failures quickly and cost effectively. Symptoms exhibited by failed equipment frequently suggest several possible causes that require different approaches to diagnosis. An engineer might follow several fruitless paths in the diagnostic process before they find the actual failure.”

I suggested making FTDS into FTDOTS, with the Diagnostic Optimal Test Sequence in decreasing order of P[part failure]/(part test time or cost) [Mitten’s Rule]. FTDS and FTDOTS were developed by NASA for use on the Space Station [Iverson, George, and Patterson-Hine].

FTDOTS automates diagnosis and recommends an optimal test sequence, even for multiple failures. It uses a fault tree as a diagnostic knowledge base to find sets of possible failures that explain exhibited symptoms. FTDOTS sorts hypothesized failure sets to run tests to confirm each failure set. This ordering suggests an optimal sequence to test for the hypothesized failure sets in order to minimize the time or cost required to find and repair the failures or eliminate symptoms. Testing failure sets in order of bang per buck, is optimal even if there are multiple failures, as long as failure rates are constant and Basic Events are statistically independent.

To develop FTDOTS input, a fault tree of the system must be built. A fault tree shows how system’s component failures can propagate to cause higher level observable symptoms. Failure rates and test costs can usually be determined for each Basic Event in the fault tree. Once the fault tree, failure rates, and test costs are obtained for a system, a diagnostic knowledge base for use with FTDOTS can be constructed.

All non-Basic Event symbols of a fault tree are logical AND or OR symbols. An AND symbol signifies that all the child events under the symbol must occur before the event represented by the (parent) symbol will occur. An OR symbol means if at least one of the child events occurs, the parent event will occur.

Assume that the probability of occurrence of a Basic Event is R(i), and the cost of testing each component modeled by that Basic Event is C(i). If a failure-set contains multiple-Basic Events, FTDOTS assumes that the failures are independent and derives values for the multiple-failure set C and R. R is the product of the failure probabilities of every event in the failure-set. This gives the probability of all of these Basic Events occurring concurrently. C is calculated by summing the testing cost of each failure event. This will give an upper bound on the testing cost for that hypothesis set. If some hypothesis sets contain multiple failure events, the FTDOTS system may not provide a least cost test sequence due to assumptions made when dealing with multiple-failure-sets, but the recommendation will be close to the least cost sequence.

The Fault Tree Diagnosis with Optimal Test Sequence (FTDOTS) program determines the possible causes of symptoms and recommends an optimal sequence of tests that will isolate the actual failure set in the least amount of time or at the least cost.

I can’t find the FTDS and FTDOTS computer programs on the Internet, but I have their C source codes and the FTDS executable. If you need help diagnosing problem symptoms, build the fault tree, estimate the Basic Event rates, list the symptoms, and list what is working. Send the information to pstlarry@yahoo.com, and I will try to run FTDS and recommend the optimal test sequence.

« Are your Asset Management efforts worth your TIME?
Red Flags? They are All Red Flags »