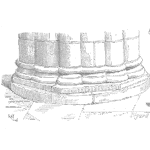 A change in material handling, equipment setup, tool breakage, sensor malfunction, etc. all can cause a formerly stable process to no longer produce acceptable products. Control charts are the tool to detect when the process becomes out of control.

When something changes, if we catch the change and why or what caused the change, we can either make improvements or incorporate improvements. Replace a worn tool with a new one, or continue doing an improved material handling step. Not all changes are bad, some we will want to keep.

Shewhart ‘out of control’ rule

Identify an out of control condition if and only if you plot a point beyond the plus or minus 3σ control limits.

Given that the control limits only encompass 6σ of the distribution, there are about 0.3% samples from a stable process that would fall outside the control limits. We would expect 371 points on average before a ‘naturally’ occurring out of control point.

While the WECO rules increase a Shewhart chart’s sensitivity to trends or drifts in the mean, there is a severe downside to adding the WECO rules to an ordinary Shewhart control chart that the user should understand. When following the standard Shewhart “out of control” rule (i.e., signal if and only if you see a point beyond the plus or minus 3 σ control limits) you will have “false alarms” every 371 points on the average. Adding the WECO rules increases the frequency of false alarms to about once in every 91.75 points, on the average.

WECO rules provide additional means to detach a meaningful shift in the process. It is through detection, investigation, and improvement that control charts add value.

Chance of Catching a Shift in a Control Chart (article)