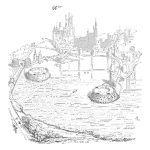 Statistical process control (SPC) is not a control chart alone.

SPC is a set of tools and a thought process to identify, measure, monitor and improve important elements of product development and production. I’ve seen very good and very bad implementations of SPC.

Once during a visit to a component vendor the host proudly waved his hand toward a large display board with various tracking metrics charted along with a range of control charts. The paper was carefully lined up and arranged with appropriate headings. The control charts were printed (not hand created) and looked neat and professional.

Being new to audits and having recently learned about and started using control charts myself I stepped in for a closer look. Keep in mind this was in a hallway near the offices and meeting rooms, not within sight of the production equipment. The first thing I noticed was the date on the first control chart was from a previous month. Second, even with over 100 sets of readings posted, nothing indicated an out of control situation. The chart had no notes.

Not for use, just for show

As the tour continued we visited the production line and I asked about the station where the measurements were made for the control charts we had seen. The response was a bit surprising. “Oh, we do that here! Once a month an engineer pulls data from the automatic testing equipment along the line and from QC and prepared the QC report including the control charts.

“So, how do the production operators know when something is out of control?” I asked.

“We don’t have out of control problems!” was his response, and he quickly moved along the line to the next station.

I’ve seen this approach in numerous factories and the rationale ranges from the charts are a management tool to monitor production to not wanting to permit production operators to shut down the line if there is an issue (have to make the shipment quota).

In a rare factory, we find a control chart actually in use at the point of measurement. The best example I recall was a paper X-bar and R chart along a solder paste height measurement instrument. One of the checks for solder paste is the slump and it indicates the need to replace the solder paste in the deposition equipment before poor solder joints are formed downstream. The measurement equipment quickly made measurements of a sample (off-line from the production flow) and provided the average and range values to the operator. The operator would then note the values on the control chart by hand.

The solder paste equipment was relatively new and recently received some engineering upgrades. The control charts were there to monitor the equipment, judge the effect of the improvements, and to spot any issues as soon as possible. The production operator explained as he made the reading. Impressive.

Not for show, just for use

The chart did have an out of control indication which was circled and a note indicating the equipment status and situation. Inspecting the solder sample they found some debris on the circuit board that may have caused the unwanted change in paste height and after a quick call to production engineering, they decided to continue production. The line was down for less than 5 minutes and did not impact production throughput.

Later we discussed with the manufacturing engineers the control chart on the solder paste equipment. They set up the measurement equipment and control chart to learn something. They wanted to know if the changes were stable and made an improvement. The control chart, in their opinion, was a good tool in this situation.

The Process of Statistical Process Control

Production processes have variation and it is unavoidable. Identifying and monitoring the variability that impacts the quality or reliability of production is an ongoing process. Using risk assessment tools, like FMEA, along with engineering judgment helps the team to identify areas to measure. The intent is to create production processes that are stable, which means the variation over time does not change dramatically. Then the team can monitor the process looking for both good and bad indicators. Out of control can be something that creates a better product (less variation or improved performance, for example) or it may indicate something has changed for the worse.

It is the immediate monitoring that helps the production team to identify the causes of any changes. The shorter the feedback loop, i.e. on the production line, the better. The intent is not to create a chart for display behind glass, the intent is to learn about the statistical behavior of a measurement.

The comparison of the actual measurements to the specification leads to the calculation of process capability measures. If the process is stable and produces products within expected specification even with the expected amount of variation, then the process is considered capable. When the process is not capable, control charts provide information useful for process or design improvements. Tools such as hypothesis testing or design of experiments are also useful to determine improvements, then control charts provide information of results.

It is the thought process of identifying, monitoring, and improving the design and production process and it is the ongoing work to find and manage the variation that will occur within the system. Variation happens. Understanding it leads to a stable and predictable production process.

« Early Reliability Problems in the News
It Should Just Work »