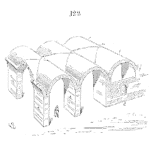 Something to Make You Smile on a Monday!

Something light to read on a Monday afternoon.

I’m beginning think that one of the worst side effects of growing older has nothing to do with the fact that you are not as active as you should be, but that you spend that time where you should have been walking, running, riding a bike or chasing the kids thinking about crap that might have little significance to the rest of the world.

It started this morning when I went to get a cup of coffee before heading to the airport. I stopped at a local coffee shop and all they have for coffee cups are the paper cup with the plastic lid. As I poured my cup I got to thinking this might be one of the worst inventions ever! Wait! Now there is an idea to write about, how about what I think might be the worst 5 inventions ever.

Far and away is my winner and I want to believe that Starbucks was responsible for this nonsense. If you were looking to burn my hands to first warn me that the contents inside may be hot you succeeded! The paper cup provides no insulation from the hot coffee at all so they decided to add that foolish paper cup condom. How nice of you to protect my soft and sensitive office worker hands with the cup condom (this could be added as number 2 on this list) but together with paper cup they ensured the top spot on this list.

Now while your hands, or thigh (I like to rest my cup of coffee on my pant leg) are being burned by the paper cup the uninsulated cup of coffee is losing heat at an alarming rate. If you live in upstate NY or anyplace that gets snow in the winter you know how useless the paper coffee cup is at keeping your coffee warm. Just 5 minutes after this useless invention was burning the skin off your hands you go to take a sip and try to remember if you ordered ice coffee.

Now for all you “green folks” who are going to say how wonderful the paper coffee cup is I have solved this problem with my own best practice, when someone gives me a paper coffee cup I ask for an additional paper coffee cup, slip one inside the other, throw out the useless cup condom and you now have a paper cup that will not burn your hands and your coffee will stay hot for 7 minutes!

I’m not sure what company started the plastic drink bottle but I know that long after we humans have been killed off by the next latest and greatest prediction of doom those bottles will be here taking up space. I know that we grind up are reuse about 1% of these but that really isn’t my key complaint, plastic is fine for holding things we don’t drink, laundry detergent, bleach, or household cleaners. Put anything else we drink in plastic and it just doesn’t taste right.

I can’t help but think back to the good old days when Coke came in an 8 ounce glass bottle. It was cold, it quenched your thirst and it was only 8 ounces. Now we have nearly everything we drink in plastic and the plastic drinking bottle jumped to number 2 because of the bottled water business. Who would have thought 30 years ago that people would pay for tap water in a bottle and let’s be honest; while the companies who bottle this crap like to sell it as Utopia Springs we all know someone’s Uncle Fred opens a ball valve from the city water supply and it runs directly to the bottle filler machine.

So now we have to have somewhere to put our tap water, what better place than plastic bottle so thin that as soon as you open it 30% of the water is squeezed out as the bottle collapses. Add to this the fact that the thinnest plastic bottle on earth won’t stand up on its own so if you don’t put the top back on it will fall over and you lose 50% of the water. So you begin to think you know if they just made a 4 ounce bottle of water they could have used the same amount of plastic, I wouldn’t have crushed it, it could have stood up on its own and I would have gotten the same amount of water!

How about this, let’s go back to glass, its much better for the environment, makes us stronger because its heaver and it can be refilled over and over again!

So who would have known that if you were a fan of the Jetsons in the 1970’s was all you needed to do was watch George Jetson and figure out how to make the stuff he had actually work and you could become very wealthy. The first thing to come from the Jetsons was the microwave oven and well it seemed like a miracle.

Just put whatever you wanted to cook in the microwave, press the button and a short time later you got piping hot stuff! And then the fast food places started using them to actually cook our food and well let’s just say McDonalds isn’t what it used to because of our need for instant gratification!

If you want to ruin some perfectly good food, put it in a microwave and press the button! Now I’m not saying the Microwave oven useless, it makes decent chemically laced popcorn with artificial butter flavor of some sort and it’s real handy for heating up that coffee that went cold in the paper coffee cup!

The first attack on the vinyl record industry came from the 8 track tape and if you were a kid who had a car in the 1970’s chances are you found a couple of spare wires under the dash board of your car and hooked up one of these gems so you could have great tunes while on the road or out parking.

Of course then it got too hot (I’m talking outside here) or too cold and that 8 track tape didn’t play so well. Of course who could forget the click-click as it switch tracks in the middle of the song you recorded! To this day there are a couple of Jim Croce and Jackson Brown tunes that if I hear them played I can remember what part of the song my click-click came in.

What really made the 8 track bad though wasn’t the machine tape changing tracks it was the tape and player becoming tangled over and over again. Get out the spray solvent and the long Q-Tip to clean the heads with hope it won’t happen again. At least for a day or 2.

Yep, I have one and just like everyone else I love it. While on the road it’s my companion, it puts me in touch with my family live! We can see each other and we can talk! This however is something I try to do in private in my hotel room. I want our conversation to be our conversation and if I want to talk baby talk to my grandson and show him how my teeth come out I don’t feel the need to show the whole damn world.

I guess that’s what makes some of us different than others. The smart phone could also make the list as the best invention in the last 30 years but a growing part of society as decided that everything they say and do on their phone has to be loud enough so that everyone within 100 meters has to hear and that is just the first thing that puts it on the list as the worst invention. Loud talkers, could you please find you own private place to destroy the beauty of silence?

I have been thinking that in airports we could make loud talker booths. Novel idea if I don’t say!

The second thing that make the smart phone make the list is the anti-social aspect of them and I have to admit I am just as guilty as others when it comes to this. The smart phone gives us the ability to instantly communicate with the world. But sometimes we should really be focused on what is right in front of us, family, friends, the people you really love and there we sit looking at a screen and what that tool Freddy who you last saw in 4th grade and you remember most from picking his nose has to say about the latest presidential election.

I’m thankful my wife and I have each other to remind when it is time to put it back in the pocket.  It may seem crazy but the darn things are everywhere, even my parents have, my granddaughter wants one and the truly smart people are the folks who decided they didn’t need a cell phone at all!

Well there you have it, and all in the amount of time it took me to wait for and take a flight from Rochester to Detroit! BTW, thumbs up for the airport crew at Detroit Metro, they still are and always have been the fastest at getting a plane to the gate, the luggage and passengers out and on their way. Delta should send the folks from the NYC airports to Detroit to learn how it’s supposed to be done!