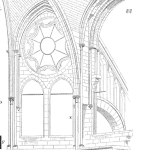 A few weeks ago, I had written about a recent fire at the alkylation unit in Citgo’s Corpus refinery, and raised the question about HF usage. Today, I would like to further delve into the alternate technologies for alklyation and also take this opportunity to summarize feedback I have received from a few readers: Mike Bordeaux, Sujith Panikkar, Menno van der Hauw, and Fabienne Salimi.

No one would argue that anhydrous HF is highly toxic and an accidental release can have serious consequences. About 50-odd refineries in the United States use HF in their alkylation process. Should refineries stop using HF? Are there any options to HF? Let us try to look at the available options to reduce HF risks.

One way to minimize consequences of HF release is to use an additive that suppresses HF vaporization. This reduces fraction of HF that aerosolizes and thereby reduces the affected footprint.  Studies conducted in early 90s showed a reduction of 60-100% in HF footprint. For modified HF to be an effective risk mitigation strategy, the reliability of additive system is critical.

The main concern with HF release is the large footprint that results from dispersion of HF vapors. An alternate is to use H2SO4. Please note that the Immediately Dangerous to Life and Health limit (IDLH) for H2SO4 (IDLH – 3.75 ppm) is in fact higher than for HF (IDLH – 30 ppm). An EPA report to Congress estimates that a HF release catastrophic vessel failure will result in HF IDLH concentration 6-miles downstream of the release. Unlike a HF release, if there is a H2SO4 release it will pool on ground. This helps contain H2SO4 and limit public exposure to H2SO4.

However, the introduction of H2SO4 introduces other risks.

In spite of the above risks, one can still intuitively think that use of H2SO will not pose the same degree of risks to public as pure HF. But how would H2SO4 risks compare to modified HF? A rigorous analysis may reveal that risks from Alternative I and II are comparable. Alternative I may have higher capital costs due to additional safety mitigation systems than H2SO4…roughly $2-5-million.

An alternate to HF and H2SO4 is to use solid catalyst. This eliminates any safety or environmental concerns. Alkylation experiments using solid catalysts such as zeolites were performed in early 70s. It was found that these catalysts deactivated rapidly and this increased their usage costs. However, as was pointed to me by a couple of blog readers, Alkyclean technology (developed by ABB/ Albemarle Catalysts, Neste Oil and ABB Lummus) has been demonstrated at a prototype plant in Finland. Introducing this technology in an existing refinery amounts to recreating a new unit and therefore entails significant capital costs (approx. 50-million)

To choose judiciously between HF options one needs to carefully evaluate, economics, reliability of risk mitigation and local regulations.But if I had to guess, you will notice the following trend:

It will be interesting to see who adapts solid catalyst technology for alkylation. Any comments?