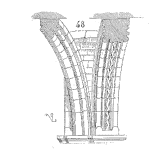 Here is an example of how to determine the future value of a specific reliability task. Many of us face the challenge of how to justify spending product development resources to provide insights and information to the rest of the team. Accelerated life testing (ALT) is particularly difficult: It is time consuming, expensive, and at times statistically complex. Having a clear method to estimate the value serves your career and the organization well, as both benefit from the right investments.

The design challenge is to create a product that is more reliable than the competition, at about the same price point, and if possible with improved functionality. The early concepts all include a novel design using an unproven sealing material (in terms of reliability). The uncertainty suggests the implementation of an accelerated life test to estimate the expected product reliability.

Achieving a higher reliability is expected to result in more than tripling the market share in the first year. This would result in sales of the $3,000 unit product jumping from 10,000 per year to approximately 30,000 per year, meaning an additional $60 million in revenue. Furthermore, the increase in sales would require more than doubling the manufacturing capacity, at a cost of $5 million. The decision to increase the manufacturing capacity is dependent on the estimated product reliability. To have the capacity available to meet the expected demand a decision has to be made and the $5 million committed prior to the start of production.

In this case ALT can answer the question, as it’s focused on the expected dominant failure mechanism. The failure mechanism and the stresses are all known. The new design using novel material does leave some uncertainty around how the design will actually perform. A well-designed ALT program has the capability of ascertaining the expected reliability performance.

Where n is the sample size, C is the statistical confidence, and R is the reliability.

The 230 sample number is based on a success testing approach in which the failure mechanism is assumed and the associated stress is well understood. Reducing the sample size with the use of degradation testing or some other method may increase the testing complexity and result in lower overall costs.
The cost of the subsystem that holds the seal is $200 per unit. Then 230 × $200 estimates the cost for samples of $46,000. The total cost of ALT is approximately $96,000.

In this situation the test results provide a binary result. The population either does or does not achieve at least 99% reliability. Keeping in mind that ALT is run with a sample to represent the population, there is some uncertainty about the results. Statistical error may lead to four outcomes as shown in Table 1.

With ALT we have a 50/50 chance that the new material and design will meet the 99% reliability goal. Combining that with the uncertainty of statistical error and a $5 million decision, we can calculate the value of the test.

Of course, the $5 million decision isn’t the only factor in the value of ALT. It also provides a baseline for further testing (test cost savings); it may provide information on the amount of margin the design has over the goal and allow further design enhancements. It also confirms the change in reliability, enabling proactive changes in warranty accruals and service and repair operations.