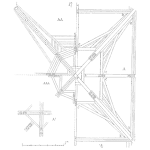 There are several ways to estimate the experimental error in the study depending on the type of experiment.  The 3 main methods are briefly described below

These methods are not discussed in detail in this article.  Fortunately, most statistical software makes it relatively easy to determine which effects are statistically significant.

It’s useful to realize that deciding whether effects are statistically significant is a hypothesis test.

Of course, we can make errors when determining whether an effect is significant or not.   If we reject the null hypothesis incorrectly (that is, we conclude significance when the factor is actually not important), then we end up with a useless predictor in our model.  We will likely eventually discover this.  This is called a Type I error.  We control this error by establishing the significance level (α,usually 0.05 or 0.10).  If the significance level is 0.05, then when we reject, we do so with 95% confidence.  However, if we fail to reject the null hypothesis, when we should (we conclude that a real effect is insignificant), we have made a bigger error in this instance.  Type II errors are a function of several factors (size of the actual effect, the significance level, and the sample size)

In the statistical output below for a golfing DOE, we can see that the significant factors are “Driver”, “Course Length”, and the “Driver*Course Length” 2-factor interaction.  All the other effects have p-values greater than 0.05 so they are not statistically significant.

Note that some effects may have borderline p-values.  It can be useful to remove the least significant terms from the model first and the p-values for the remaining terms may change.  As terms are removed the estimate for the experimental error changes and we also have more degrees of freedom in the error estimate.

Some software programs also indicate the significance of factors using graphical methods such as a Pareto chart or probability plot.  These are illustrated below.

In the next article, we will progress to developing a predictive model, using the significant effects.