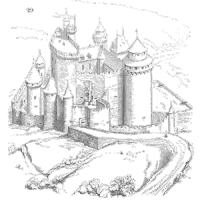 The lognormal distribution has two parameters, μ, and σ. These are not the same as mean and standard deviation, which is the subject of another post, yet they do describe the distribution, including the reliability function.

Where Φ is the standard normal cumulative distribution function, and t is time.

One of the nice features of the lognormal distribution is the estimate of the parameters is similar to estimating the mean and standard deviation of the data using the same functions on our calculator or spreadsheet. There is one difference, though. First, calculate the natural logarithm of each data value.

n equals four in the example, as we have four readings. Inserting the sums and n, and doing the math to find the value of σ, the second parameter for the lognormal distribution.

Determine reliability at one year

Therefore completing the calculations for the reliability function, we have

Thus, give the data, we can expect approximately 86.45% of heater elements to survive for 365 days.