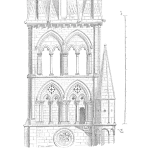 This “Top-Down…” method is uncited and not found in Internet search.

Table 1 implements the formula to show how top-down chamber MTBF requirement for a wafer processing machine could be less than the system MTBF requirement, depending on the number of chambers tested.

Are there legitimate ways to allocate subsystem MTBFs? Yes, but they don’t account for subsystem reliability tests or field reliability data.

The objective is credible reliability predictions, by testing AND by using: field reliability of comparable parts or products, proportional hazards system modeling, new product design, bills-of-materials, and Bayes statistics. In insurance, credibility “is an actuarial term describing the degree of accuracy in forecasting future events based on statistical reporting of past events.” [https://www.irmi.com/term/insurance-definitions/credibility]

“Reliability is the probability of successful function [according to customers] under specified conditions [field conditions, not test in some lab], to specified ages” [warranty? Useful life? PM? Replacement age?, etc.] Patrick D. T. O’Connor [author’s comments in brackets] Testing is a reliability activity, especially for new products. Why not use observed field reliability of comparable older products and their service parts to help plan new-product tests?

Should you do Nonparametric Reliability tests?

Mathias Jesussek, DATAtab, wrote on LInkedIn, “If you are sure about the distribution assumptions…” (for a parametric reliability test) If not sure:

I.e., you should test the distribution assumption AND do the reliability tests! Nonparametric reliability estimation make no unwarranted assumptions, so the estimates don’t require the you to test distribution assumptions. Walter Shewhart said, “Original data should be presented in a way that will preserve the evidence in the original data for all the predictions assessed to be useful.” [Shewhart rule #1] Nonparametric estimates preserve information in original data.

Reliability test planning depends on reliability, and reliability is determined in the Field! “Those who cannot learn from history are doomed to repeat it.” George Santayana. So use field reliability or failure rate function estimates to construct a nonparametric Bayes prior for credible reliability test planning. Plan the tests to maximize bang-per-reliability-related buck subject to budget limitations. Plan and allocate costs such as testing, proposed sample sizes and allowable failures using a workbook and VBA: WeitestD.xlsm. Minimize total costs of units, test time, consumer and producer risk. [Bajeel and Kumar, Coit and Smith, Ferryanto, Gerokostopoulos et al., Kleyner et al. ]

What is Credible Reliability Prediction?

Generations of products and their parts have similar reliabilities, because they are designed similarly, use same or similar parts, are shipped through same channels, have operators trained same ways, are operated in similar environments, and are maintained in same ways. [Kaaniche et al., Dogan, Jais et al.] It is reasonable to expect generations of products to have proportional failure rate functions. This is known in biostatistics as a proportional hazards model [George, Dogan]. The proportionality factor may be estimated by MTBF(old)/MTBF(new), because, at the design stage, all that is known about a new product is an MTBF(new) prediction, presumably predicted in the same way as MTBF(old) for older products and service parts. Why not make a Bayes prior the same way you make an MTBF prediction, given a reliability block diagram or prospective bill of materials?

“In some applications solid prior information, based on a combination of physics of failure and previous empirical experience, is available. This is particularly true in some engineering applications such as reliability, for which there are known, well-understood failure mechanisms. Engineers working in certain areas of industry will have previous experience with particular failure mechanisms and test and product operating environments that will allow them, in some situations, to provide strong prior information about aspects of the failure-time model.” [Li and Meeker]

“The Bayesian approach is somewhat controversial in reliability engineering, particularly as it can provide a justification for less reliability testing. For example, Kleyner et al. (1997) proposed a method to reduce sample size required for a success run test in order to demonstrate target reliability with a specified confidence [mixture of beta and uniform prior]. Choosing a prior distribution based on subjective judgement, expert opinion, or other test or field experience can also be contentious. Combining subassembly test results in this way also ignores the possibility of interface problems.”

If you want more pros and cons, see section 8.1.10 of the NIST “Engineering Statistics Handbook.” I admit there could be problems with prior data, so do the best you can with what you have and compute the marginal costs and rewards for more, better data! And don’t forget to deal with dependence.

Field Reliability function R(t) estimates differ depending on whether you have sample life data (Weibull? Kaplan-Meier? or ???) or population ships and returns counts [George])

Use the observed PVD chamber field failure rate Gamma distribution to compute a new test chamber failure rate posterior distribution for some test alternatives. For example, consider testing some new PVD chambers to failure or 1000 hours. Table 1 gives some potential test times and Gamma posterior MTBF parameters. The Gamma posterior distribution is Gamma(a+r,b+SUM[t(i),i=1,2,…,N) r = number of failures, and if N = 1, posterior is Gamma(a+r,1000). This is also in “Practical Reliability Engineering,” [O’Connor and Kleyner]

Table 2. Same as table 1 except for rescaling the mean by the ratio of test chamber MTBF and field PVD chamber MTBF. Gamma mean is k*theta, so theta is rescaled.

MTBFA is the MTBF required to have a high probability of passing the demonstration. In other words, MTBFA= MTBFo + δ, where δ > 0 is the difference we want to be able to detect. A test plan with a 100(1 − 𝛼)% confidence level and power of at least 1 − β has 𝑟 allowable failures where 𝑟 is the smallest nonnegative integer such that

Table 3. Hypothesis test description of type I and II errors and consumer and producer risks

Cost of FUD! (Fear, Uncertainty, and Doubt!), proportional to variance of posterior MTBF or reliability. Need costs. When I asked a professor where I could get cost data, he replied, “Ask your accounting Department.” FDL-RITA (Falling Down Laughing-Rolling In The Aisles)

Table 6. RnnCmm test plan output. Pick the plan with least total cost in bottom row. Least-cost sample plan looks like test 38 and accept if no more than one fails.

Want a Credible Reliability Test plan? Use field reliability data, not just tests, not just armchair exercises such as FMECA. If a medical company required FDA approval, it would do Bayes’ testing [Muller and Quintana] https://www.fda.gov/regulatory-information/search-fda-guidance-documents/guidance-use-bayesian-statistics-medical-device-clinical-trials. See also FDA 21 CFR 820.50 “Sampling plans shall be written and based on a valid statistical rationale.” [Ferryanto]

Ask pstlarry@yahoo.com if you want Bayes posterior distribution for linear, Dirichlet, multivariate normal, or other prior distributions and tests. Ask for WeiTstD.xlsx workbook.