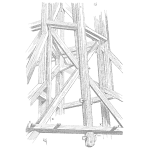 Charts of averages (Xbar) are superior because averaging the subgroup data gives us greater certainty as to where the process is actually running at a point in time.  Selecting an appropriate sample size on an Xbar chart allows us to align the statistical performance of the control chart with the desired practical process changes we’d like to detect.  That is, the sensitivity (ability to detect change) may be adjusted based on the sample size utilized.

However, collecting subgroups in order to produce Xbar charts is not always feasible.  Some common issues that may deter sub-grouping include:

In situations where sub-grouping is not desired or feasible, yet greater sensitivity than what standard Individuals charts (e.g. I-MR) can provide is necessary, Tabular CUSUM (CUSUM) or EWMA charts are a good choice.

CUSUM charts are also a natural fit for situations where the process average is naturally expected to shift or trend from the target and there is a desire to make timely process adjustments to bring the process back on target (e.g. Chemical and Process Industries). This article will focus on the CUSUM chart (the EWMA chart will be discussed in a future article).

CUSUM (Cumulative Sum) charts improve the ability to detect small shifts (i.e. less than 1.5σ) by charting a statistic that incorporates current and previous data values from the process.  Specifically, the CUSUM chart plots the cumulative sums of the deviations of the sample values from a target value.  The inclusion of several samples in the cumulative sum results in greater sensitivity for detecting shifts or trends over the traditional Shewhart charts (Individuals or Xbar charts).

For a process that remains in control and centered at the Target value (T), the cumulative sum will vary randomly around a mean of zero.  However, if the mean shifts upwards to some value μ, (μ > T), then an upward trend will quickly develop in the cumulative sum.  The superior sensitivity of the CUSUM chart will be illustrated with the following example.

The 30 Data values shown below were randomly generated from two different normal distributions, as follows:

Thus, the final 10 observations come from a distribution that is shifted by 1σ.  If the shift of 1 standard deviation has practical significance, we would expect our control chart to indicate the instability.

It is not apparent that any process shift has occurred after sample 20.  No points exceed a control limit and no run or trend rules are violated.   Even if a run rule was violated (and the user is applying run rules to the chart), a run of 7 (or 8 or 9) consecutive points above the centerline would be required which would mean that the earliest that the shift could be detected is on sample 27.

A CUSUM chart of the same data is shown below:

Note that the CUSUM chart actually plots cumulative sums in each direction (positive and negative) independently.  In this case, the process change is detected on the 6th sample following the process “shift.”  While the computation of the individual CUSUMs are not difficult, the details are excluded here since software is readily available for constructing these charts.  It is clear that the CUSUM chart is far superior to the Individuals chart in detecting this small (1σ) shift.

It should be noted that runs, trends, or zone rules that have been developed for standard control charts do not apply to the CUSUM chart.  The successive cumulative sums that are plotted are not independent.  Here, we conclude that the process is unstable only when a point exceeds the control limit.

The upper and lower CUSUMs actually accumulate deviations from target that exceed a value called the reference value or allowance or slack value (normally indicated by K).  K is typically set to be equal to half of the distance from the target and the shifted mean that we are interested in detecting quickly.  For example, if the process target is 5.25 and we want to detect a mean shift to 5.35, then we would typically select K to be 0.05.

Additionally, the parameter H is specified in order to determine the location of the control limits.  A typical value of H is equal to 5σ (although 4σ is sometimes used).  The values for K and H are generally selected to achieve a good balance between Type I and Type II Error probabilities.

A detailed discussion of the CUSUM design parameters may be found in “Introduction to Statistical Quality Control” by Douglas Montgomery.

This article discussed the use of CUSUM charts as an alternative to traditional Individuals charts.  While CUSUM charts may also be applied to averages of rational subgroups, they are particularly effective when plotting individuals since by their very nature, Individuals charts are insensitive at detecting process changes.  CUSUM charts are also an excellent choice when the objective is to control a characteristic to a target value by making necessary process adjustments (rather than the more typical objective of identifying special causes so that they can be eliminated).