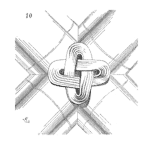 There’s an old saying that, “two heads are better than one”.  Teamwork has been proven time and again to produce superior results.  It is the basis for many successful methods like RCM-R, PMR/O, RCFA, Total Productive Maintenance (TPM) and various quality improvement programs like Six Sigma. The various methods that help us while Choosing Excellence depend on a foundation of teamwork. Beyond facilitated teamwork, self-organized teams are even more effective.

Smaller teams tend to be more effective than larger ones provided they have sufficient breadth of depth of knowledge within the team. When our “teams” are really just large groups or departments they need more formal management structures and processes to remain effective. If you’ve got a group that’s larger than 150 people, it’s beyond the limits of functional informality. Formal structure and processes become necessary. I’ve noticed that smaller organizations tend to be quite flexible and perform well without formal structures and rigid processes – the relationships they all have sustain performance. But larger organizations can’t get away with it.

Some organizations are based on this figure, keeping the number of people in an operational unit (e.g.: a plant) below 150. Small teams and less formal organizations don’t need, nor do they rely on “command and control” to get things done. In a small group, someone exerting too much control may be seen as bossy or overly-controlling. Command and control actually stifles initiative, creativity, and ultimately harms productivity. Larger groups struggle with those. If they are informal, they become chaotic. If they are highly structured, they are stifled.

Total Productive Maintenance (TPM) is a team-based approach to organizing and working that has proven highly successful in a variety of industrial environments. It arose as part of the Toyota Production System and is a hallmark of today’s lean movement. It emphasizes teams. Operators and maintainers working together on a production cell, caring about each other, the results they collectively achieve and ultimately, being committed to the team’s success. From that production cell focused teamwork, which extends throughout the organization, flows overall success of the organization.

The use of small teams is one of the distinct features of TPM. Operators and maintainers work together towards the same goals having common performance measures and methods. The traditional delineation between who does what, those boundaries, become intentionally blurred. Training in various skills and using them, cross-skilling and multi-skilling are evident. That keeps the teams flexible, capable and safe. Teams are allowed to operate autonomously, responsible for their own decisions and results in support of overall plant or operational goals.

To optimize the value of your employees’ input to your company, use teams.  TPM is an excellent approach that works well in the production environment blending maintenance and operations into autonomous self-directed teams achieving superior results.  TPM provides a framework for those teams to really achieve. A note of caution is needed.

Teamwork is natural in some cultures and the Japanese, where it originated, excel at teamwork. Other cultures that are less inclined to work in teams, with a strong focus on the individual, often find teamwork more of a challenge. Where there is a common “enemy” or short term goal, teams can function, but usually only with skilled facilitators (six sigma, RCFA, RCM and other problem solving and decision-making methods rely heavily on well-trained facilitators). Many attempts at TPM in North America, where there is a near hyper-emphasis on individual freedoms, have failed. TPM is as much about culture as anything else.

Teamwork is amazing as delivering results, but teamwork must be teamwork.

« What is a CUSUM Chart and When Should I Use One?
Derecho. A Black Swan Event? »