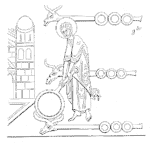 This week I received a question from the ASQ Librarian concerning a person’s question about one of the CRE Question bank questions. It was a nice two-part question concerning a hypothesis test of a sample means value and degradation.

Here’s the question as sent over for consideration.

From the question, it is clear that we want to compare the sample mean value to the given 10 watts average and determine if the sample shows evidence that degradation has occurred. The problem says that degradation is indicated with higher values of wattage, over 10 watts.

Degradation is commonly thought to only reduce values like brake pad wear will show a decrease in pad thickness over time as it wears. Depending on the measure and system degradation may result in an increasing value over time. For example it may take more current, A,  to start a fan motor to overcome initial friction as the fan bearings wear and/or the bearing lubrication deteriorate. We can measure motor current without taking apart the fan compared to bearing dimension or lubrication quality with require the deconstruction of the fan.

The person asking the question about this question felt that degradation is smaller is worse which is the reverse needed in for this situation.

We will need the degrees of freedom to enter the t-table to find the critical value at 95% confidence. With n = 5 samples, DF = (n-1) = (5-1) = 4. We also know we are interested in the right tail of the t distribution as we are seeking a greater than the mean value, one-sided, situation.

The critical value of the t – table at 0.95 right tail is 2.132. Thus, if the test statistic is greater than this value, we conclude the alternative hypothesis is true. If it is less, we do not have convincing evidence of degradation.

The next step is to calculate the test statistic.

For the questions answer the statistic is 1.329 and No degradation, thus select response A.

How would you approach this problem? Anyone have a better example of degradation revealed with an increasing measure?