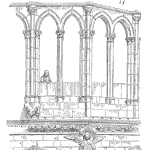 Boeing representatives explained the Dreamliner would need an additional 6 months of work to bring the aircraft’s reliability on par with the existing 777 model.

They made the announcement at the start of the Dubai air show. Not a good start to a week of showing off the features of the aircraft. How does a companay respond to early reliability problems in the news?

Generally, even the most general reliability goal of a new product is to be as good or better than the last model. Sure, the Dreamliner has many new features, materials, and upgrades. Yet, it did as much or more design evaluation and testing as any model previously.

One way to view this news is that the increased attention has two elements. First, Boeing is working very hard to identify and resolve all quality and reliability issues as fast as possible. Second, they are spending money they most likely (I do not know for sure) would not have spent over the next six months.

The Dreamliner is an expensive and low production volume product. Unlike game consoles (see Playstation launch failures noticed article) stocked and sold for the holidays, the Dreamliner’s early units provide information immediately useful to prevent future early life failures. Correcting design or production faults while the aircraft prior to shipment to a customer is less expensive than repairs of aircraft already in service. The number of aircraft at risk for a newly identified failure mechanism is limited by the production to date. Game consoles may have a million systems in boxes in stores or customers homes before the first new failure mechanism reveals a major portion of the units are likely to fail. The exposure of units likely to fail is not as large for aircraft.

Publicity and its Benefits

Boeing is claiming they can find and resolve reliability issues over the next six months that will bring the Dreamliner’s reliability up to the existing 777’s reliability. This illustrates Boeings (or anyone’s) ability to quickly find and resolve reliability issues with a limited number of production units. The advantage is in six months they claim they can replicate the work that the older unit accomplished over many years. The focus is benefiting Boeing and their customers. Over the next few years, Boeing expects to continue to benefit from a rapidly improved fleet reliability.

In my experience, I’ve seen other expensive, low volume benefit from the early and intensive attention to any field failure. In the groups that benefit the most, they dedicated key design and operations engineers to rapidly solve even minor issues. The ability to drive down the failure rate faster and possibly to a lower rate than achieved without the early attention provides value to all involved.

The second result of the media attention is the (possibly) increased cost to staff support and design teams to resolve problems quickly. Boeing and other product development teams understand a new design will have early problems.

Lack of time and money

Most organizations quickly shift design teams to the next project and let the operations team resolve field issues. By having to divert additional resources to resolve field issues appears expensive. The new product does not have the staffing to make the expected progress. Plus the heightened awareness of any quality and reliability issue requires additional work to resolve. When time is a factor, as with the Dreamliner at this point, costs increases and parts are expedited, existing inventories are scrapped, etc. The additional cost is an investment and has two district benefits. The first is the public relations message that Boeing is (now) serious about improving the Dreamliner’s reliability. Second, Boeing has to maintain customer confidence and satisfaction that the aircraft’s reliability will actually improve. The loss of customer confidence may lead to reduced sales and tarnish the companies brand image.

The additional cost is an investment and has two district benefits. The first is the public relations message that Boeing is (now) serious about improving the Dreamliner’s reliability. Second, Boeing has to maintain customer confidence and satisfaction that the aircraft’s reliability will actually improve. The loss of customer confidence may lead to reduced sales and tarnish the companies brand image.

Why we invest in reliability

Design teams do not, in my experience, plan on increasing management attention with burning batteries or other field failures. Design teams work very hard to avoid or minimize field failures from the first production unit. Today’s products continue to experience early production related failures. A hallmark of organizations with great reliability programs, even in the absence of heightened media attention, dedicate resources from the design team to rapidly reduce field failure rates during the early production phase. The investment continues to have value.