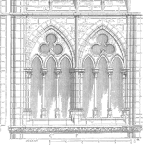 Electric motor variable speed drives operation. Alternating current electric motor speeds can be changed by the use of a frequency converter. This device changes the frequency of the alternating current to the motor. This then changes the rotating speed of the motor’s internal magnetic field. The speed of the rotor responds accordingly and so allows for variable speed control of connected items. When these devices are used there are several issues that need to be addressed to insure successful selection and long-term operation. Keywords: VSD, precise speed control, over- speed, motor controller, frequency inverter.Controlling the speed of an electric motor allows the speed and throughput of the driven equipment to be changed. This provides great advantage in situations where the discharge must be controlled as the process variable’s change. Typical examples are pumps, fans and drive gearboxes. You can even get rid of a control valve by putting a VSD on the pump and using it to alter the pump’s speed.

A VSD varies the output frequency to the motor by ‘inverting’ a DC voltage into a three-phase power supply that can vary from 0 to over 100 hertz. The VSD takes the mains AC power supply into itself and then converts it into a DC power supply by rectifying the signal (chopping it up and reassembling it in a new shape). It then changes the DC power back into AC but the frequency is now controllable and alterable. The AC motor is run off the output signal. It is ‘tricked’ into behaving as if an AC power supply was being supplied directly to it.

Some Operational Aspects to Consider

Here are some problems previously encountered with the use of electric motor variable speed drives in process and manufacturing plant situations. Watch out for them yourself.

Electric motor overheats – The fan on an electric motor forces air over the housing to cool it down. If the motor is slowed too much the airflow is not enough to cool it. It overheats and burns out.

This happened to a 4-pole motor on a pump that ran slowly when the tank it was drawing from was full. The high tank level produced enough flow that the pump was not even necessary. The in-line flow meter controlled the pump speed and slowed the motor down to near stopped and the motor burnt out.

In such case use a slower motor in the first place (one with more poles) designed for the lower speeds and use the VSD to over-speed the motor when necessary (twice as fast is fine for an electric motor). Or install an additional cooling fan at the back of the motor that runs independently of the process control system. This provides forced air over the housing and cools it.
Shaft harmonics or critical speeds – In this case the VSD was driving an agitator gearbox. The operator mistakenly increased the motor speed twice as much as intended while the tank was emptying. This forced the long agitator shaft to run through one of its critical speeds and the shaft shook and bowed madly about. No bearing damage was noticed from the speed excursion but had that been normal practice it would have destroyed the gearbox and agitator very rapidly.

The solution was to program the VSD so it could not be made to go above a speed that was well below the critical shaft speed of the agitator shaft. The longer or thinner the shaft, the more likely that this problem will arise.

Take care when a VSD is used in a heavily geared situation. The greatest torque produced by a motor occurs as it comes up to full speed. If the drive gearing is extremely high (greater than 70:1) there is a possibility that the motor cannot generate the torque needed to turn the gearing once it is up to full speed. In this case the motor will burn out from overheating or just overload and come to a stop.

A VSD can be lost because of:

« Small Satellites, Emerging Technology and Big Opportunities (part seven of seven) – Ok … now what?
The Future of Enterprise Risk Management in the 2020’s »