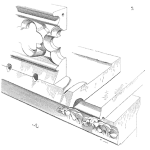 When we hear people use the term ‘error’ it is normally associated with being the cause of some type of bad outcome. We hear it all the time with airline accidents where they conclude ‘pilot error’.

‘Error’ is neither the cause nor the undesirable outcome! Let’s see why.

Is the only type of error a ‘human error’? I struggled to think of an ‘error’ that is not a human error, so I asked if others could think of something else. I would like to thank Dr. Peter Elias who commented that errors can occur in biologic processes, such as RNA and DNA replication or messaging. He also cited non-human animals make errors all the time as well.

For our purposes on this blog, we will focus on human error as being the most prevalent in our working environments. Step 1, we should define it so we all use the term consistently and appropriately. This helps us define the scope of the term. For this discussion I will use Todd Conklin’s concise, and to the point, definition from Pre-Accident Investigations(Conklin, 2014, p.8),

“An unexpected deviation from an expected outcome”

Let’s run with that definition for now. From this, I will take the liberty of defining a ‘failure’ as an ‘unexpected outcome’. So unexpected deviations are eventually linked to human errors, which are simply errors of omission or commission in human decision-making. By our decisions, we create the propagation of future, observable pathways to either success or failure. Appropriate decisions trigger pathways to success and inappropriate decisions result in failures. Pretty simple in concept so far, right?

At this point, we are in the minds of a decision-maker. This is the potential point of human error, the act of decision-making. Typically, when a decision is made, we do so with the best of intent, and desire a certain expected outcome. The only time I can think of where this is not true, is when the decision is made with malice and the poor outcome is desired (expected). Think of this as a case of sabotage. This is very rare, so we will focus on the majority of decisions made by good people.

OK, we are between the ears of a good person with good intentions. All cylinders in their brains are fired up as their internal reasoning process is collecting and analyzing all their stored information from their past education, experience, training and daily practices. They assimilate all of this and then draw a conclusion, which is the basis for their decision to move forward (or not).

When the decision was the right one, we normally don’t hear about it because the outcome is as expected, and gets little attention in terms of a daily routine. However, when the decision is not the right one, the bad outcome is normally visible to others and therefore gets attention. The higher the severity of the bad outcome, the more attention it will get.

It is at this point we will want to learn about this ‘human error’. I will introduce the concept of Root Cause Analysis (RCA), which I will concede is a useless term these days (and I am in the RCA business). It is useless because there is no universally accepted definition or standard. Therefore any process or tool people use to solve problems, they will call it ‘RCA’. This will range from the rudimentary tools like trial-and-error, the 5-Whys, troubleshooting and brainstorming to the more complex scientific method type approaches involving evidence collection, hypothesis generation, validations, systemic cause determination, effective countermeasures and tracking bottom-line performance. That spectrum of RCA choices is another paper by itself. For now, I am just trying to express that a wide range of tools exist under the umbrella of RCA, and they cannot actually be measured against each other equally, for these reasons.

It is here where we can decide if we will end the investigation or begin it. If an investigation ends with ‘human error’ it was not an RCA and even using the term ‘investigation’ is an insult to the term. First of all, ‘Human Error’ is a cause category and not an actionable cause. You can always tell the difference by asking, “How do I write an effective recommendation to correct ‘Human Error’?” It lacks specificity.

If one is a true investigator and using sound investigative tools like proper RCA, their investigation will focus on the poor decision(s). Here is where the ‘gold is’, understanding why good people made bad decisions, at the time they did. What made them believe the decision they made at the time, was the right one? Here is where we want to be.

An effective RCA approach reflects what we call the ‘Hour Glass Approach’ because of the shape the tree takes, as it forms. As humans we utilize deductive logic (general to specific) when drilling down from the undesirable outcome to the Physical Roots (PR or the physics of the failure). During this phase of the investigation we continually ask ‘How Could?‘ the previous node have occurred. We use hard evidence to back up what is found to be true as well as what is found NOT to be true. Stopping at the physical side of failure is often referred to as Root Cause Failure Analysis (RCFA). Conclusions are usually of a physical nature, or things that are visible. In industry it is often failures associated with broken equipment or its components. In healthcare in could be unexpected harm or death to a patient.

From the Human Roots (HR) down to the Latent Roots (LR), we switch the questioning to ‘Why?’ because we are seeking to understand how that individual reasoned-out their decision that triggered the physical roots to appear. Here we are switching to inductive logic (specific to general).

When talking with the decision-maker, try to really understand what they were facing and thinking at the time. We have to understand the environment that person was in at the time. What pressures were they under? What was the operating environment like that day? Were there changes to the daily routine that day (something unusual happened to interrupt the norm)? Were they used to using certain practices that had evolved, that were a deviation from a once acceptable standard? Did their management/supervisor permit such practices in the past? Did they have distractions going on in their personal lives (like divorce or illness) that elevated their stress? Were they influenced by medications they may have been on or cognitively impaired via other means (contributing to low alertness)? Were they physically hurt? Were they trying to reach incentives that would force them to favor production over safety? Finding the answers to these types of questions (and more) will eventually uncover what we call Latent Root Causes. These are things that reflect how our organizational and human performance systems influence and impact our people’s decision-making. These are the true root causes, not the decisions themselves.

Unless leadership understands this sequence of Latent, Human and Physical root causes and their direct correlation to undesirable outcomes, such outcomes are likely to be repeated. Blaming and disciplining people under these conditions will not correct the flawed systems. The ‘root’ causes will still be in place waiting for another decision-maker to activate them.

Here is a summary of what this process conceptually looks like.

A progressive organization will understand the relationship between how systems should support the people who work in them, and how that affects outcomes. Good systems lead to good decisions which lead to good outcomes. This is not a novel concept, but I am always surprised by how often I see ‘investigations’ fall short of understanding human reasoning and the surprise of people when they see repeat events.

« Ensuring Equipment Doesn’t Grow Out of Alignment
Words (like ‘failure’) are important. But not as important as leadership. »