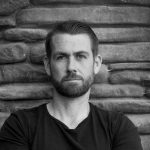 I (like most of us) try to keep learning about stuff. And this includes (on occasion) listening to guys like Simon Sinek who has made a name for himself as an inspirational speaker and author. I learn a lot from some of his stuff. Most people like Simon are skilled at simplifying fundamentally ‘good’ ideas and principles into really simple messages that are easy to break through our sometimes cluttered brains.

And this can be all it takes. We usually know what is ‘right’ and ‘wrong,’ but we can perhaps get caught up in day-to-day minutiae in a way that robs us of our clarity … until guys like Simon put things to us in a really simple, unambiguous way.

But I need to disagree with one of Simon’s recent talks where he took issue with a single word. And his follow-on inference that ceasing to use that word will solve a lot more than it actually will.

Failure is ALWAYS an option *

(* I borrowed this from MythBusters.)

The word Simon is referring to is ‘failing.’ He says it is inherently negative and all encompassing. ‘Failure’ can refer to anything from a catastrophe to a hiccup. And he suggests that people inherently want to avoid ‘failure’ even though we need to make mistakes that can be labelled by some as ‘failures’ to learn and get better. Simon suggests that a better word is ‘falling’ as it supports pushing boundaries and taking risks. Which are great (when done well).

I don’t want to get down a path of semantics here, but even the most rudimentary of Google searches of famous quotes that involve the term ‘failure’ will show how many truly successful people use the term ‘failure’ in a very positive way. Winston Churchill once said that ‘Success is stumbling from failure to failure with no loss of enthusiasm.’ Part of who I am is a reliability engineer. I often say things like …

Celebrate every failure you find in the laboratory. This means you have prevented tens of thousands of failures your customer finds.

Once you look past my not so subtle yet passive suggestion that I am in the same league as Churchill when it comes to handy quotes, you can perhaps agree with me that simply using the word ‘failure’ does not guarantee bankruptcy or military defeat.

It is all about meaning and context.

Most communication is nonverbal. The exact proportions are up for debate, but this means that words with the same supposed definition used by two different people can impact the audience in substantially different ways.

Words can be important. But the meaning behind the words is much more important.

Think about the unfortunate number of bigots that still roam the world that have unreasonably antagonistic views towards people of certain races, genders, sexual orientations and so on.

Many countries have laws that ban the use of certain bigoted words like those that are inherently sexist and racist. But has it cured racism and sexism? Hell no. In fact, these laws now introduce a yardstick against which bigots can defend themselves. Bigots might be barred from using ‘barred words’ in the workplace, but they can still be fundamentally sexist or racist. And because they didn’t use any of the ‘barred words,’ they can’t be held accountable for their anachronistic beliefs.

So what is my point?

You can change the words you use, or stop using words altogether, but still convey the same fundamentally negative meaning to those around you.

I have watched many organizational train wrecks where leaders don’t want to lead. They read books, watch guys like Simon Sinek, and find the easiest way of incorporating the underlying messages of these sources. And this might mean the whole purpose of what they are trying to achieve is sacrificed.

For example, if a CEO bans the word ‘failure’ and mandates the word ‘falling’ in its stead … will this guarantee a good outcome? No. If that same CEO has a frothing zealot focus on rushed schedules, penny-pinching from expenditure, and religiously meeting milestones, then the change in jargon won’t change a thing.

Simon’s key message was to encourage healthy risk-taking. And our CEO is kidding him or herself that all they need to do is ban the use of a single word to get there. Their behaviors and decision-making convey their true meaning and context. Employees will still risk being fired if they ‘fall.’ So nothing changes.

Successful leaders start with understanding what success looks like. And success involves healthy risk-taking. They then need to use their leadership skills to motivate everyone to work toward the keys to success. This (amongst other things) implies a bigot-free workplace, employees feeling ‘safe’ and so on.

What about you? Have you experienced any scenarios where leadership is replaced with surface-level initiatives that provide the illusion of positive change – but instead reinforce the status quo? … including mandating the use of certain words? If you have – we would love to hear from you!

« Error: Is it a Cause or an Outcome?
Credible Reliability Prediction? »